Do you believe that people with schizophrenia have a split personality? Read on as we bust common myths about schizophrenia. 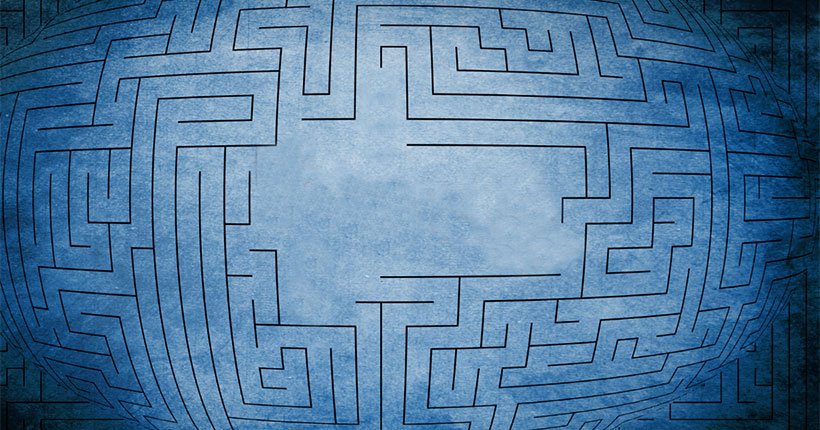 There are many common myths about schizophrenia which has led to a stigma around this mental illness. We’re busting four of the most common.

Schizophrenia is a mental illness which influences the way a person thinks, feels, and acts, often distorting their perception of reality.

As with other disabilities, not all people have the same symptoms, but they can include hallucinations, delusions, social withdrawal, impaired thinking and memory, lack of insight, and dulled emotions. About 20 to 30% of people will experience only a few brief episodes, however for others, it can be a chronic condition.

Affecting approximately 150,000 to 200,000 Australians, the true causes of schizophrenia are not yet known, however, more clues are being uncovered all the time.

Myth #1: People with schizophrenia have a split personality

A 2008 survey carried out by the National Alliance on Mental Illness (NAMI) found that some 64% of the American population believe that people with schizophrenia have two or more separate personalities, which simply isn’t the case. They have one, like everybody else.

Perhaps the confusion stems from the word itself. Schizophrenia originates from the Greek word, meaning ‘split mind’. Though schizophrenia may affect the way we think, it most certainly doesn’t mean multiple personalities.

Dissociative identity disorder, which more closely relates to the ‘split personality’ notion, is completely different to schizophrenia, and entirely unrelated.

Myth #2: People with schizophrenia are dangerous or violent

This myth has been largely popularised by depictions in literature, film, and other forms of media. In such mediums, people with schizophrenia are often depicted to be sadistic, unpredictable, and violent, as well as prone to committing crimes.

“People with schizophrenia more often tend to be victims rather than perpetrators of violence, although untreated mental illness and substance abuse often increase the risk of aggressive behaviour,” says Dr Irene S Levine, psychologist and author, to Psych Central.

When a person with schizophrenia does commit a crime, their illness is often pushed to forefront of media reporting. Sadly, because the idea that people with schizophrenia are dangerous has persisted for so long, it only continues to contribute to the stigma associated with the mental illness.

Though people with schizophrenia often do have hallucinations and delusions, these aren’t the only symptoms associated with the mental illness.

Most people think of hallucinations as seeing things that are not really there, and that can be true, but it also can include hearing disembodied voices, smelling odours that do not exist, and feeling sensations on the skin even if nobody is touching you – such as someone grabbing your arm.

A delusion is a false belief that not only seems logical to the person, but persists strongly in the mind and refuses to go away. Even if the person receives the correct, logical information, this will usually be dismissed, allowing the false belief to continue.

However, people with schizophrenia can have other symptoms that many people don’t realise. Low motivation, dulled emotions, rambling and disorganised speech, lack of desire to form social relationships, and the lack of ability to express emotion are a few symptoms people can experience.

It’s thought that the reason behind this misconception is due to the fact that psychotic symptoms can be both unusual and frightening to some people who are not familiar with them. Therefore, hallucinations and delusions are two of the symptoms that are most sharply focused upon.

Myth #4: If a family member has schizophrenia, you’ll have it, too

Though it is true that schizophrenia can run in families, just because one of your relatives may have the mental illness does not mean that you will too.

The NAMI state that if you have an identical twin you’ll still only have around a 50% chance of having schizophrenia. The same source states that even having a first-degree relative with the disorder, such as a parent or sibling, the risk of schizophrenia is still a decidedly small at 10%.

There is actually much more to a schizophrenia diagnosis than genes alone. According to the NAMI, issues such as environment, brain chemistry, and substance abuse can also play a part.

Environment: For unborn babies who were exposed to certain viruses or were malnourished before birth, the risk of schizophrenia increases, especially if it occurred during the first and second trimesters.

Brain chemistry: If there are extraordinary issues with brain chemicals, such as insufficient levels of dopamine or an imbalance of glutamane, there is a heightened chance of schizophrenia.

Substance abuse: There is substantial evidence to suggest that taking mind-altering drugs during teenage years, such as LSD or magic mushrooms, could substantially increase the risk. Additionally, the younger a person takes these substances, and the more often they are used, the higher the risk.