There are still many myths about autism, stemming from a time when it wasn't well understood. Let's take a look at a few and bust them! 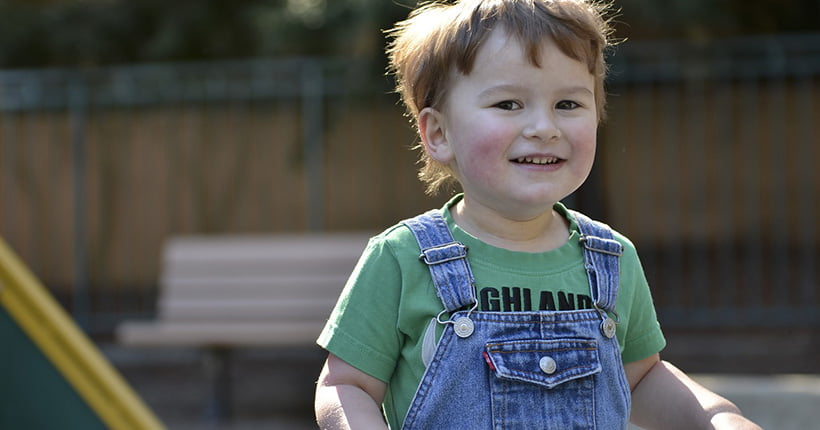 These days, people are learning more about autism spectrum disorder – yay! Even so, there are some stubborn myths out there that refuse to go away!

Autism is a developmental disability which affects the way someone interacts with people and the world.

It is a spectrum, so every single one of those 1 in 100 Aussies with the disorder can have a very different experience – for some it is mild, for others severe.

As far as we know there’s no single cause, but it’s likely to be due to a combination of environmental and genetic factors.

Now, let’s get to busting those stubborn myths once and for all!

Myth #1: Autism is caused by vaccines

Nope, not at all! The rumours about this one refuse to die and it’s actually quite dangerous!

The anti-vaccine movement was sparked by very unscientific claims made in the late 1990’s.

These claims (that the measles, mumps and rubella jab and the preservative, thiomersal, could cause autism) have been found to be untrue and fraudulent. Sadly, the legend lives on…

The fact is, there is no evidence that vaccinations can cause autism. All studies have completely dismissed the idea.

Scarily, it’s caused people to avoid immunisations that have protected us from deadly diseases for years, like whooping cough and measles. And who wants to go back to the dark ages?

Myth #2: There is an autism epidemic

The simple fact is, there’s actually no evidence that the incidence of autism is increasing at all. We’re probably just better at spotting it.

In the past, often people who had autism were thought to be introverted or shy and were never diagnosed.

These days, autism is identified much more easily and earlier.

We also now know that it’s a spectrum. So other disorders which used to be diagnosed separately, now come under the autism spectrum disorder umbrella. This makes it look like there has been a more dramatic increase, but there hasn’t been.

Believe it or not, one of the most Googled questions about autism is, ‘can someone with autism love?’.

Of course they can! People with autism can feel the full range of emotions including love and affection. Sometimes they can even be more pronounced than usual.

However, this myth might come from the fact that some people with autism can find it a bit hard to express these emotions and share what they are feeling.

But it should go without saying that people with autism can fall in love, get married, have kids, and love those kids to pieces!

Myth #4: All people with autism are like Rain Man

The character was based off a real guy, Kim Peek, but he didn’t actually have autism!

The truth is Savant syndrome, which causes exceptional talents, is real. But, it’s not that common. Only 10% of people with autism have some level of savant abilities, but these talents are very varied.

Some people, however, can calculate large numbers in their head. Others can answer the question, ‘What day of the week was March 22nd 1932?’. And some know everything there is to know about specific subjects.

So while there are hints of facts in the story, we can’t say this one is at all true.

Occasionally this nasty myth shows its face, but bottom line is, parenting style does not cause autism.

This myth dates back to the 1940s – 1950s, when it was suggested that autism was caused by cold, uncaring parents – specifically mothers (how very unfair!).

Mothers of children with autism were dubbed ‘refrigerator mothers’ and were said to be cold, neglectful, and even abusive – traumatising their child so much they developed autism.

Not surprisingly, this caused enormous pain to many families for decades before it was thankfully thrown out the window in the 1960s.