You may have seen the movie Rain Man, but did you know it was inspired by Kim Peek - a man with an amazing memory.

You may have seen the movie ‘Rain Man’, but you may not know the character, Raymond Babbit, was inspired by a real person named Kim Peek.

Kim had a rare condition called savant syndrome, which gave him amazing talents including a phenomenal memory.

As creative license is often used on the big screen, we thought it was worth shedding some light on the true story of Kim Peek. You’ll see it’s even more interesting than the movie!

Kim’s brain was a bit different to most…

In 1951, Kim was born in with macrocephaly – a condition that caused his head to be abnormally large.

When doctors looked into it a little more, they also found he had damage to his cerebellum, and the bundle of nerves that usually connects the two hemispheres of the brain was missing.

Kim’s unbelievable memory was clear from very early on

When Kim was nine months old, doctors told his parents that he’d never be able to walk or talk and recommended he live in an ‘institution’ – an idea that thankfully, Kim’s parents dismissed.

But when Kim was just over a year old, he started memorising entire books that his parents read to him – after only hearing them once.

Even more amazingly, after he’d heard a story, he’d put the book upside down on his shelf to show he knew it off by heart, and to make sure  nobody would try to read it to him again.

Placing books upside down once he’d finished them is something Kim kept doing his whole life.

Once he learned to read, his amazing memory continued. By the age of 7 he’d memorised every single word of the bible.

Growing up, Kim did have trouble with his motor skills and found it hard to do things like buttoning up his shirt.

Also, because of the weight of his head, he was not able to walk until he was 4 years old, and then he did so sideways.

When Kim was only six years old, doctors recommended he have a lobotomy to ‘cure’ his non-stop talking, fidgeting and pacing.

Fortunately, his parents again ignored the advice and instead organised tutors to come and teach Kim at home.

Kim could read two pages of a book at once 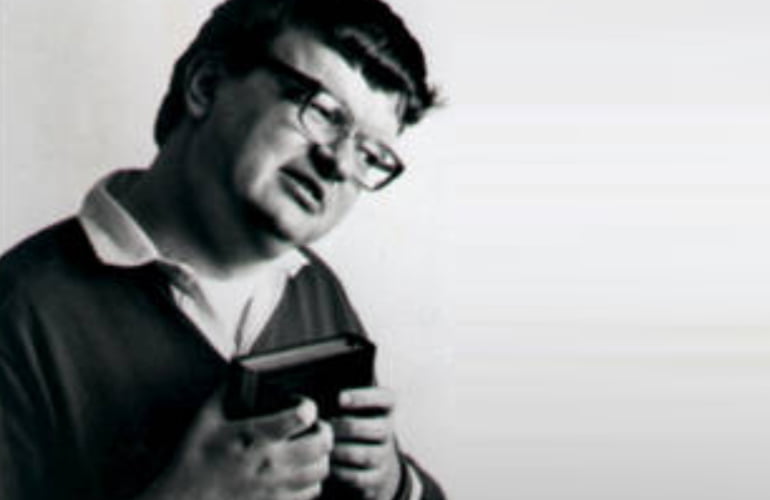 Over time, Kim’s reading became so fast he could get through a decent-sized book in just half an hour.

How? He had begun reading both pages at the same time, one with his left eye and one with his right (even if he was reading the book upside down or sideways)!

Even more amazing, Kim remembered up to 98% of what he read.

It’s estimated that in his lifetime Kim read and memorised as many as 12,000 books.

While people with savant syndrome often become a bit of an expert in one or two subjects, Kim boasted at least fifteen! 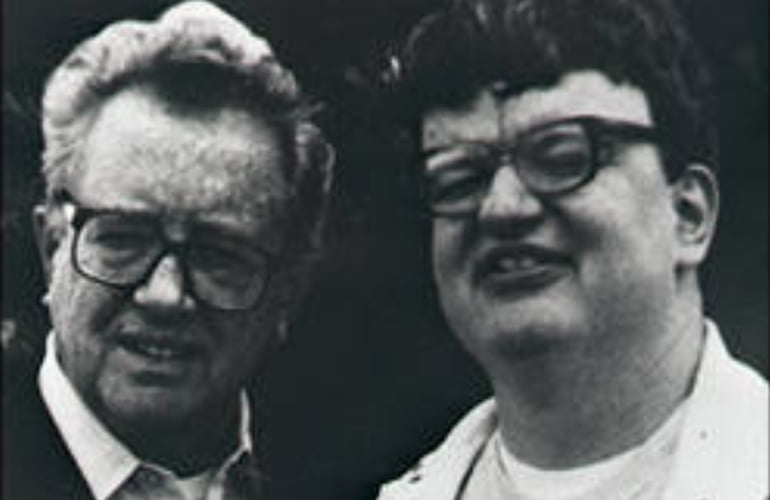 If someone gave him their address, he’d be able to tell them the names of the people who lived next door (through memorising the phonebook)!

By memorising maps, he could also provide directions for someone to drive between any two cities in the world! 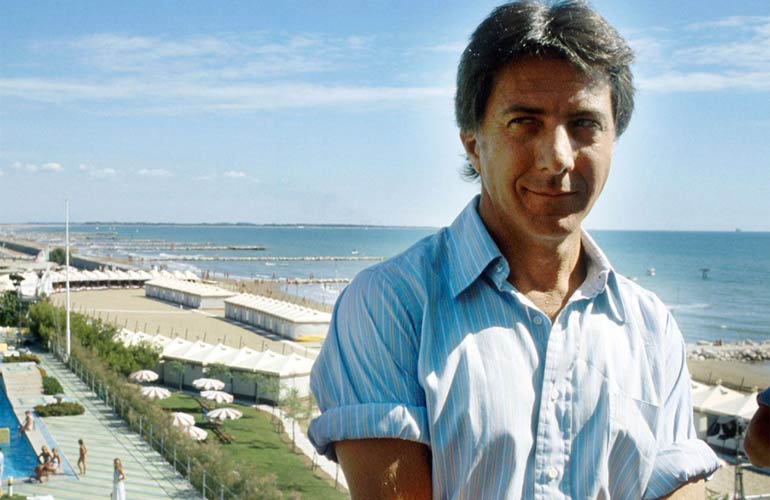 It’s fair to say that without Kim, the blockbuster hit probably would never have existed.

In 1985, screenwriter Barry Morrow met Kim Peek by chance, and was so blown away that he decided to write the story which would eventually become Rain Man.

In 1987, Dustin Hoffman requested to meet Kim to help him prepare for his role. Kim’s mother, Fran, remembers Dustin saying to Kim as he left, “I may be the star but you are the heavens.”

Unlike Raymond, Kim didn’t have autism

Although Kim was the inspiration, the movie did end up having some fairly big changes.

For example, Raymond is shown to have autism, but Kim didn’t actually have autism (although he was originally incorrectly diagnosed with it).

In psychological testing, Kim scored below average (87) on general IQ tests and over his life he had trouble with his motor skills – for example he wasn’t able to dress himself.

A 2008 study suggested that Peek probably had a rare condition called FG syndrome.

Some think that due to the missing nerves between the two hemispheres, his brain could have developed different ‘wiring’ that enabled him to think the way he did.

But really, it’s still a mystery to this day why Kim was so exceptional.

Kim talked to over 2million people 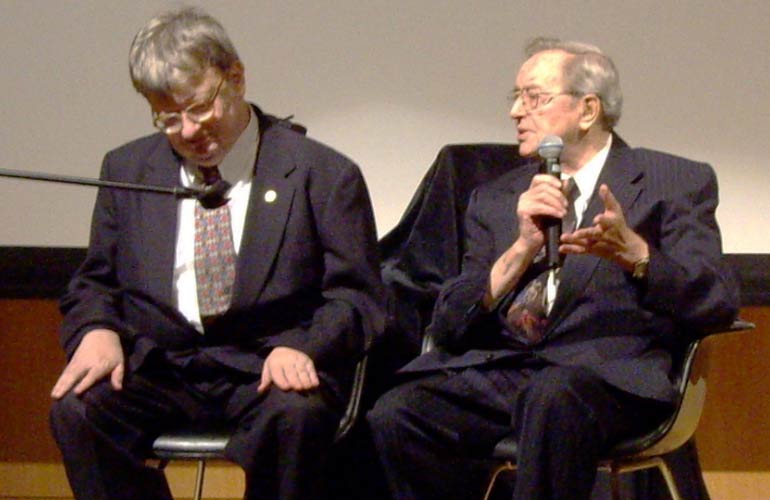 Following the movie, Kim received lots of requests to make public appearances – and together with his father, he set off around the world promoting messages of equality.

It’s estimated Kim gave lectures to over two million people, but he never accepted a cent for any of them.

After Dustin Hoffman won the Oscar for his star performance as Raymond, he even gave the statue to Kim to take with him on his speaking tour. It has since been known as the “Most Loved Oscar Statue” because it has been held by more people than any other.

Sadly, in 2009 at age 58, Kim had a heart attack and passed away at home. Although his life was fairly short, there’s little doubt that he made an enormous impact on the world.