Famous for developing the theory of relativity and E = mc2, Einstein is of course renowned for his intelligence. 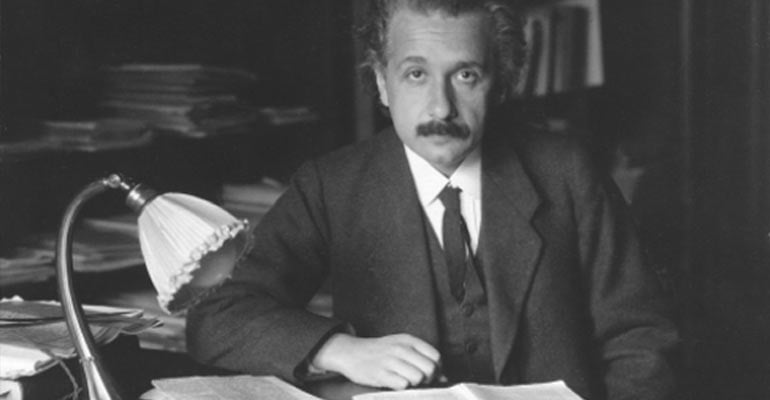 Famous for developing the theory of relativity and E = mc2, Einstein is of course renowned for his intelligence (he had an IQ believed to be somewhere between 160 and 190 – far above the average of 100).

For some time now, experts have been exploring the possibility that the brilliant physicist had autism (specifically the outdated term of Asperger syndrome).

Many people with Asperger syndrome (high-functioning autism) are often seen as being eccentric – they may have difficulty in social situations, obsessions around specific topics, and can have problems communicating.

Read on to discover which of these traits Einstein demonstrated.

He did not speak until he was three 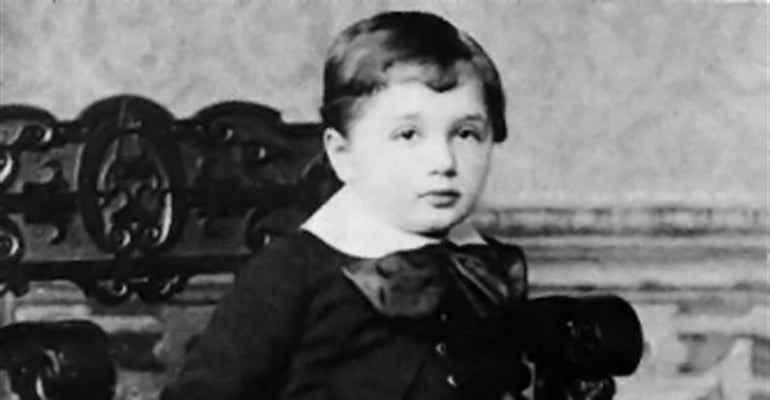 Surprisingly, not much is known about Einstein’s childhood. In fact, most of what is written is the stuff of myth and legend rather than solid facts.

But what is well known, is Einstein’s speech development was slower than the average child, and he actually didn’t start speaking until he was three or four. Even up until the age of seven, he’d whisper words to himself before saying them out loud and also repeat sentences obsessively.

In fact, the term ‘Einstein Syndrome’ has even been coined to refer to kids who are ‘late talkers’. 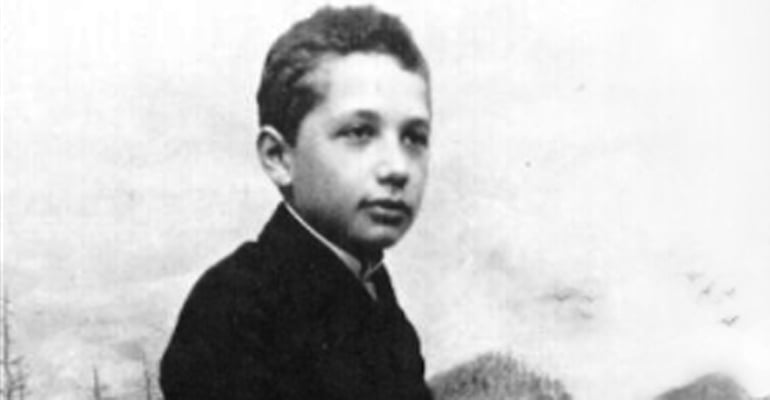 Einstein wasn’t really interested in the energetic games and activities the other kids played – he instead preferred to read books, play the violin, work on puzzles, figure out tricky math problems, make crazy constructions from building blocks, and build elaborate houses out of cards.

While many people believe that Einstein failed at school, overall, he was actually an average student, but always excelled in math and science. As an adult when shown an article with the headline “Greatest living mathematician failed in mathematics,” he laughed confirming, “Before I was fifteen I had mastered differential and integral calculus.”

Described by others as a dreamy, lonely kid, young Einstein found that making friends was hard.

Even later in life, he spent much of his time alone; either on a boat (being an avid sailor) or in his study.

In his own words, “I am truly a lone traveler and have never belonged to my country, my home, my friends, or even my immediate family, with my whole heart; in the face of all these ties, I have never lost a sense of distance and a need for solitude…”.

Although Einstein was shy and preferred to be alone, he did have many romantic interests, close relationships with friends (including Charlie Chaplin), and a wicked sense of humour.

He is well-known for many hilarious quotes including, “When you are courting a nice girl an hour seems like a second. When you sit on a red-hot cinder a second seems like an hour. That’s relativity.”

He found language and communication difficult to master 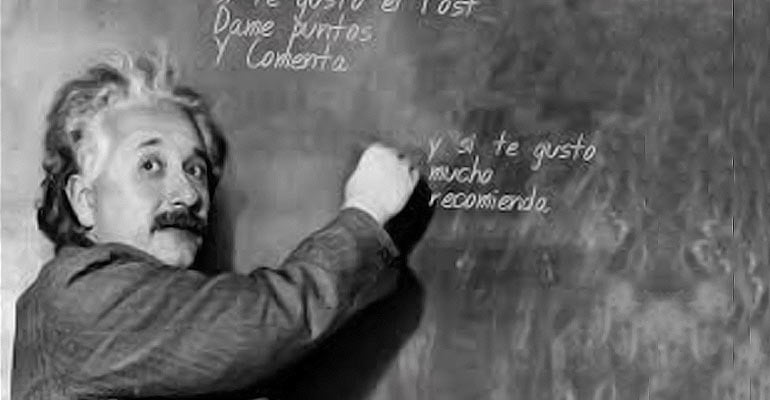 Einstein had a very unique way of looking at things – as he explained himself, “I very rarely think in words at all. A thought comes, and I may try to express in words afterwards.”

Possibly as a result, Einstein became notorious for giving confusing lectures, and he never felt comfortable delivering speeches, making small talk with people, or mingling with people. He was often forgetful of everyday items such as keys, and he quickly became known as the stereotypical ‘absent-minded professor’.

Although it was out of his comfort zone, after receiving a Nobel Prize, Einstein became a bit of a worldwide celebrity. He toured the globe, meeting world leaders and other famous people. In one trip to Japan, he was treated like The Beatles with screaming crowds all trying to catch a glimpse of the genius.

He was consumed by complex topics 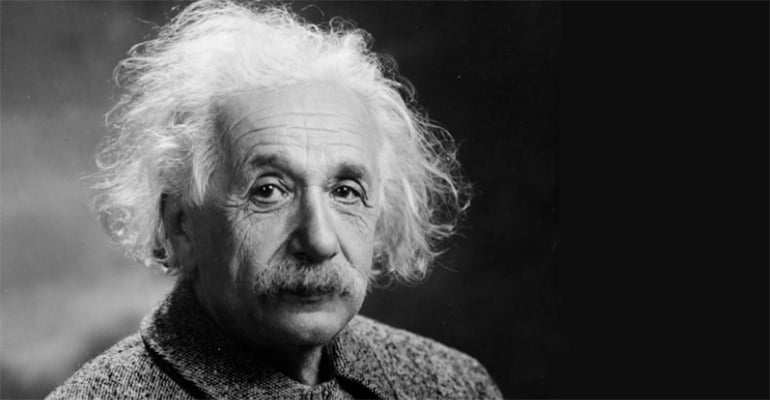 It is well known that many people with autism have a talent for understanding complex systems – from computers, to music, to science.

When Einstein was working on a physics problem, he’d become so fixated on solving it, he’d completely block out whatever was going on around him. He would have such an intense focus, that these thoughts would consume his life for long periods of time.

He was seen as a bit eccentric 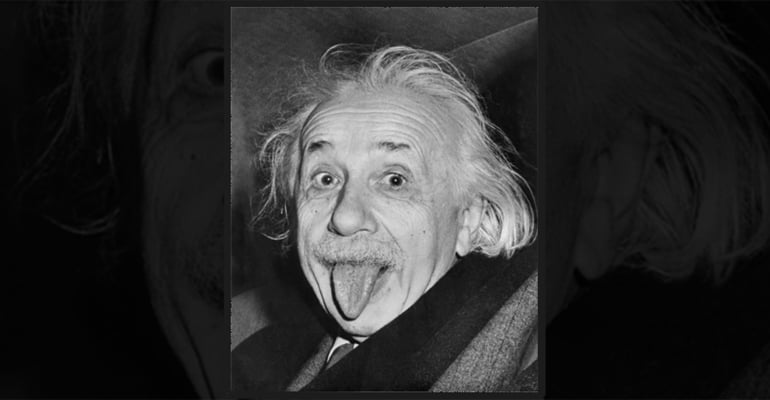 It is well know that Einstein’s genius went hand-in-hand with a list of eccentricities.

He had a reputation for being a free spirit with wild unruly hair and sloppy clothes. His typical outfit was an undershirt, baggy pants held up with a rope, and sandals. He was just too busy to worry about his appearance claiming “Long hair minimises the need for barbers.”

On Einstein’s 72nd birthday, the paparazzi were trying to get him to smile for the camera, but tired of photographers, he stuck out his tongue instead. Einstein loved this photo so much, he asked the photographer for copies.

Another of his quirks was his dislike of socks and refusal to wear them. In a letter he wrote to his cousin he said, “When I was young, I found out that the big toe always ends up making a hole in a sock. So I stopped wearing socks.”

So…. did he have autism?

While researchers can speculate about Einstein having autism, the truth is we’ll never really know. Trying to diagnose someone with autism based on biographical information is not reliable, and his behaviour could be due to a few different causes.

For example, some researchers think that just the simple fact that Einstein was so intelligent could have shaped his personality – he may have just been an eccentric genius. Perhaps he was so fascinated with the problems he was working on, he had little time or desire for anything else.

So while opinion remain divided between the experts, it is likely that we will never know for sure.

“Everybody is a genius. But if you judge a fish by its ability to climb a tree, it will live its whole life believing that it is stupid.” – Albert Einstein