We've dug a little deeper on Helen Keller's story to share with you some lesser known facts about this remarkable woman. 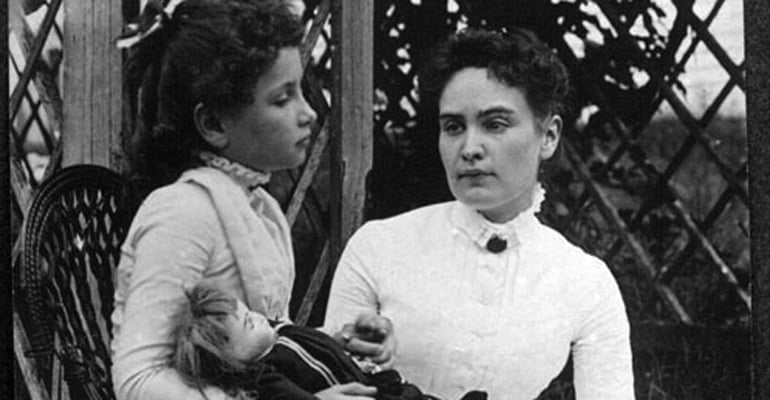 You would all know the story of Helen Keller, the well known writer, political activist and pioneer for people with disability.

But there’s a lot more to Helen’s story than you’ve probably heard – so we decided to dig a little deeper, and share some lesser known facts about this remarkable woman.

Helen Keller wasn’t born with a disability, but when she was only 19 months old, she became sick with what the doctors called “an acute congestion of the stomach and the brain”. These days her illness probably would have been labelled Scarlet Fever or Meningitis – both which could now be treated, but back then they often had severe consequences.

A few days after Helen’s fever broke, her Mum noticed she wasn’t responding when the bell was rung for dinner, or when a hand was waved in front of her face.

Soon after, they realised that Helen had lost both her sight and hearing.

#2. Helen was called an ‘unruly child’ when she was young 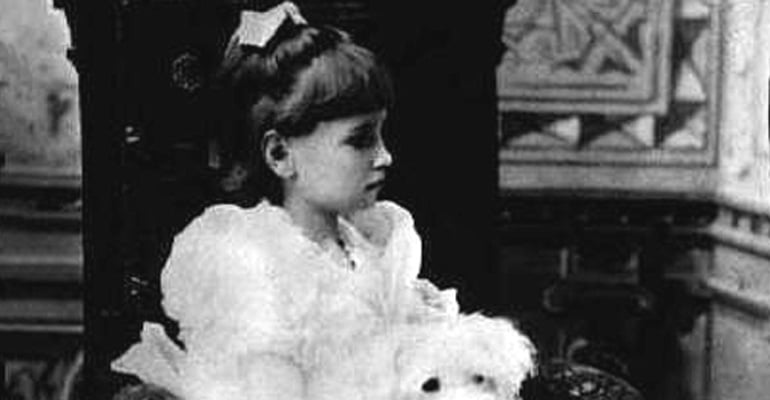 When Helen was a a young child, her behaviour had become highly erratic. She was having daily outbursts of emotion; kicking and screaming when she felt angry, and giggling uncontrollably when she was happy. Many of her relatives even thought she be put in an institution

But the truth was, this behaviour really only boiled down to her high level of intelligence, and her frustration at not being able to communicate once she realised other were having conversations she couldn’t join.

The desire to be able to speak out became so strong, Helen even created a kind of sign language with her friend Marsha Washington – and by the time she was just seven years old, they’d already made up over 60 signs to communicate to each other.

#3. Helen believed her life started at the age of seven

It wasn’t until Helen met her teacher Anne Sullivan (who went on to become her mentor and friend), that she believed her ‘soul was born’.

Anne showed up in Helen’s life in March 1887, when Helen was seven years old. Only 14 years older than Helen, Anne was also visually impaired and just recently graduated from school.

Before long, Anne had taught Helen ‘finger spelling’, which allowed her to finally communicate with those around her.

To do this, Anne gave Helen an object such as a doll and traced the word ‘d-o-l-l’ onto her palm.

At first Helen did not make the connection between the letters on her palm and the objects. But the famous watershed moment came when Anne took Helen to the water pump outside and while spelling “w-a-t-e-r” into Helen’s palm, let water run over the girl’s other hand.

Quickly, she stopped and touched the earth and demanded its letter name and by nightfall she had learned 30 words. 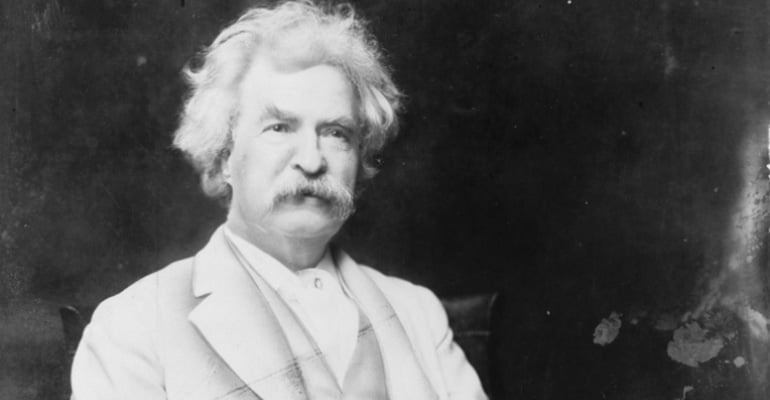 Surprising but true! Helen met Mark when she was just 14, when going to Cambridge School for Young Ladies, and they stayed close friends until Mark’s death 16 years later.

Handily for Helen, Mark smoked 10 to 20 cigars a day, so she could easily recognise her friend from his scent.

When describing Mark in her autobiography, she wrote, “he treated me not as a freak, but as a handicapped woman seeking a way to circumvent extraordinary difficulties.”

#5. Helen was the very first person who was deaf and blind to graduate 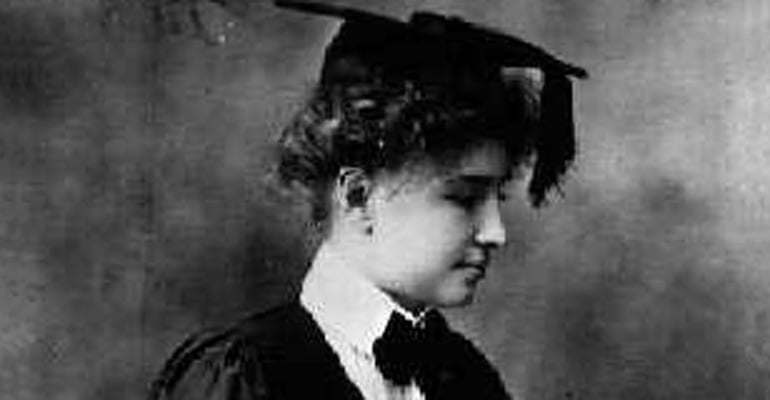 In 1900 Helen was accepted into the famous Radcliff College in Cambridge (along with her loyal teacher Anne, who attended alongside her to help interpret lectures and texts).

It was during Helen’s junior year here that she wrote her autobiography, ‘The Story of My Life’.

By 1904, she had not only written a book, but graduated with a Bachelor of Arts, becoming the first person who was deaf and blind to earn a college degree.

By the time she went to college, she had also mastered several ways to communicate, including reading by touching people’s lips, braille, typing and finger spelling. She had also learned to speak, although she was always unhappy with her voice as it was hard to understand. 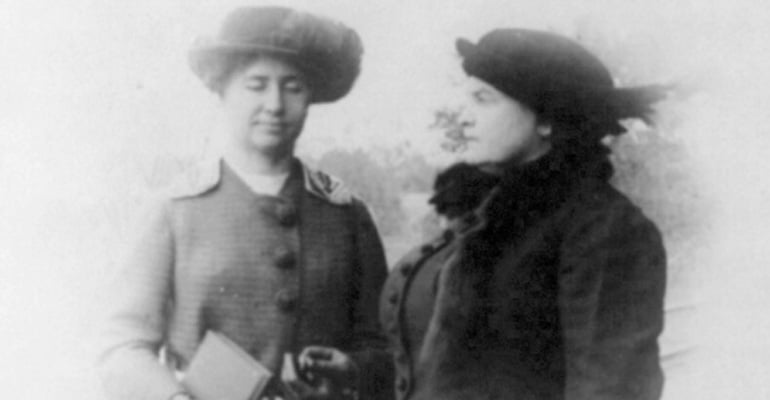 Helen was a true pioneer in her time, and for a woman living in the early 20th century, she was very political and was seen to have some pretty radical ideas.

She went on to become a world-famous author and speaker, with a particular focus on speaking out for people with disabilities.

But she didn’t stop there – she also focused on social and political issues, tackling a women’s right to vote and use birth control, and was avidly anti-war (something Mark Twain and Helen had in common). Helen also founded the American Civil Liberties Union (ACLU).

She was even investigated by the FBI because of her extreme left views.

#7. She was forbidden from marrying her fiancé 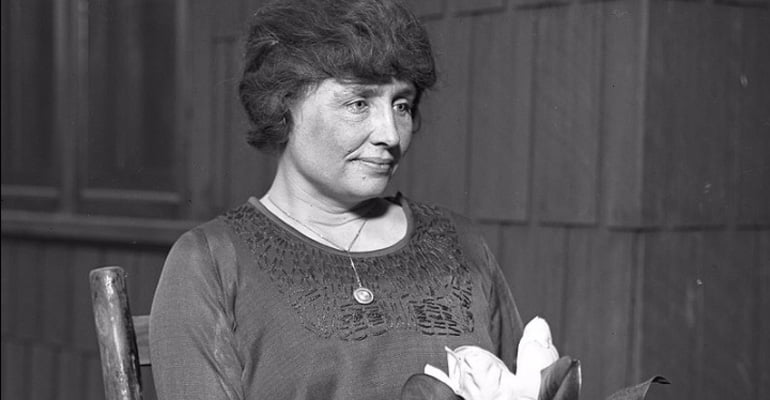 It’s heart-breaking and hard to understand, but in Helen’s day, society believed that women with disabilities shouldn’t fall in love or experience romance of any kind – let alone get married.

But when Helen was 36 she fell deeply in love with a man called Peter Fagan, an ex-newspaper reporter who was working as her secretary, and they were secretly engaged.

They even managed to get a marriage license before Helen’s family caught on and forbid them from going any further because of her disabilities.

Helen regretted never marrying, sadly saying later “If I could see, I would marry first of all.” 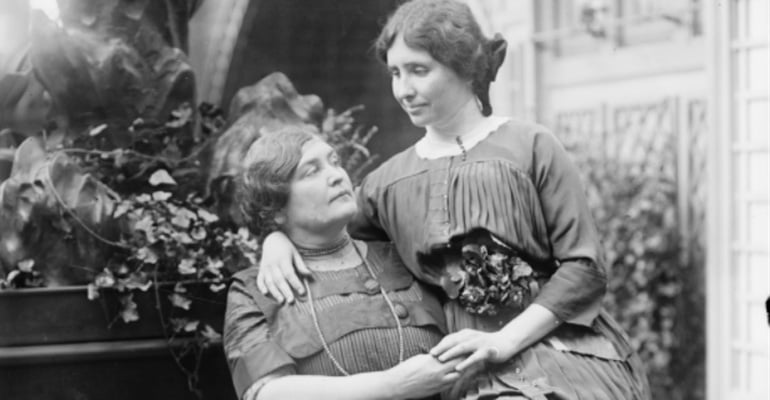 Helen remained close to her beloved teacher Anne for an incredible 49 years.

In 1936, Anne went into a coma after suffering with coronary thrombosis, and heartbreakingly, she died. Right up until the end Helen was there with her, and was holding onto Helen’s hand when she died.

Even to this day they’re still by each other’s side – with Helen’s ashes being placed next to Anne’s in 1968, when she died peacefully in her sleep.