“By donating and helping, you help us carry on” Jack’s mum Dionne.

The greatest reward of giving is seeing your generosity change and improve people’s lives.

Let us introduce you to Jack. His mum Dionne remembers how, at the start of their journey, there were few signs of the many difficulties to come.

“Jack was walking before he was one – he was doing well with his milestones. But by two, he still wasn’t talking. And we noticed if we went to the park with friends who had kids around the same age, he wouldn’t interact with them. He’d do his own thing and he was interested in things they weren’t. A paediatrician suggested early intervention. We went to appointment after appointment, but it wasn’t until he was five that he was finally diagnosed with autism.”

“It was upsetting. But he was still our little man who we loved. Even though he’s nearly 21 now he’s still the same boy. He’s very cheeky. He’s non-verbal, but his smile just melts you.”

Jack and his family have needed a lot of help over the years. Their love for each other has made the hardships easier to bear. But Jack requires 24/7 care, and the fact he can’t put his feelings into words means his emotions have often found a physical outlet. This adds a whole extra layer of complexity and challenge to caring for him, especially as he’s grown older and stronger.

Jack’s parents turned to our respite services when he was 14. Since then, the organisation has almost become part of the family. Says Dionne:

“The respite services are a break that we have needed so, so much. And knowing that Jack’s somewhere he enjoys, you don’t have to worry. Although Jack doesn’t speak, I don’t worry they’re not going to understand what he wants – they do understand and they look after him so beautifully.”

“Jack’s dad used to help the organisation out too if they ever needed a hand with anything. You’d go to drop Jack off at respite, and Mick would be in there for ages, just chatting away to the other guests. Everyone loved him.”

Sadly, two years ago Mick was suddenly killed in a tragic accident. The loss of their loving, kind and reliable dad and husband, who was especially close to Jack, made our help particularly vital for this family.

Having respite re-energises Jack’s mum to keep all the routines ticking over and the essentials happening, and means she is not carrying the load alone. It also gives her a chance to focus on other commitments like catching up on medical appointments, going shopping, and caring for Jack’s 18-year-old sister Courtney. 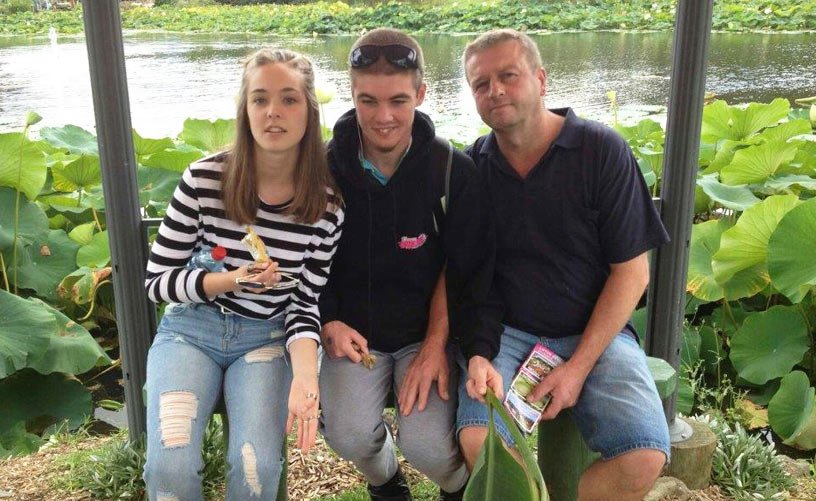 By urgently giving now, you’d support our tailored, flexible short-term accommodation (respite) options at many locations in city and regional NSW, Queensland, Victoria and the ACT. This includes a service highly experienced in assisting young people with autism like Jack.

Your help would give both those who receive care and those who provide it a much-needed break from each other, and from their day-to-day routine and surroundings.

For parents and carers like Dionne, it’s crucial back-up they can’t find elsewhere. For people with a disability like Jack, it’s a welcoming, comfortable and safe place to branch out, achieve some independence and have new experiences. These range from meeting new people, to trying activities like seeing a movie, playing sport or going on bus trips.

Respite has given Jack somewhere else to go that he enjoys. Getting out is so important for him, because it was his dad who used to take Jack on outings, and this was a big part of their bond.

People with a disability like Jack and their families are relying on our respite support and other services. Please consider making a donation today to show your support. Thank you.

All fields are required
Processing