After developing locked-in syndrome, Jean-Dominique Bauby wrote the Diving Bell and the Butterfly by blinking 200,000 times. 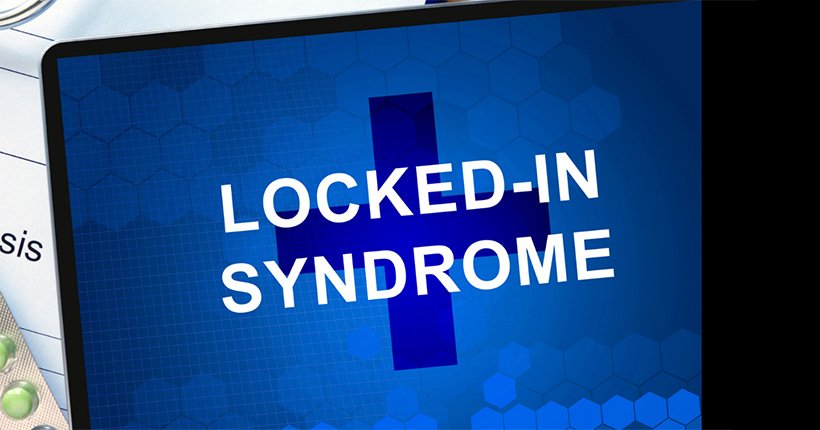 We think Jean-Dominique Bauby’s determination was pretty mind-blowing, so we’re sharing some of the most interesting facts about his life with you. 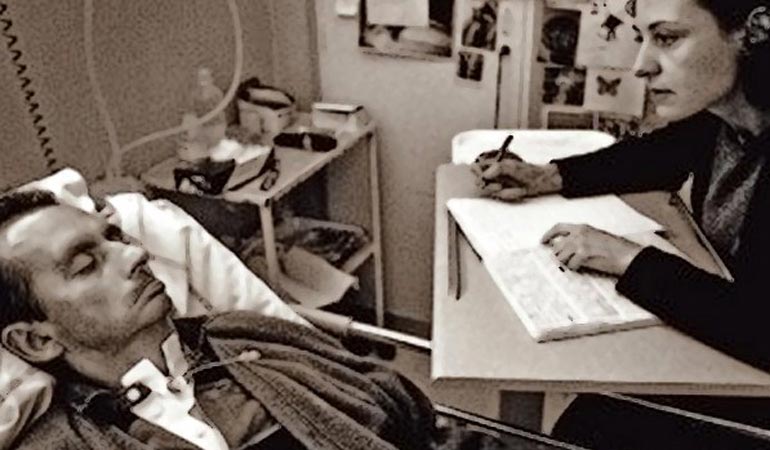 Jean-Dominique Bauby (or Jean-Do as he was better known) was a vivacious, handsome and charismatic man with many talents.

As well as heading up French fashion magazine, Elle, he could also list ‘actor’ and ‘author’ as professions on his impressive CV. Jean-Do was known for his love of fast cars, good banter, high fashion, and fine foods. He loved the high-life, so he lived it!

He was married to Sylvie de la Rochefoucauld, and had two children, Théophile and Céleste – according to Céleste’s memory of her childhood, they enjoyed a very happy life.

One day in 1995, Jean and his son Théophile were enjoying a drive together, when suddenly Jean started seeing double. He was rushed to hospital where he slipped into a coma, where he remained for almost three weeks.

When Jean woke, he was completely paralysed as a result of a rare condition called locked-in syndrome which had been caused by a stroke.

Although he wasn’t able to move his body (apart from his left eyelid), his mind remained fully alert.

From that point on, Jean wasn’t able to eat, swallow, or breathe without assistance. But he could still feel pain, ”my hands, lying curled on the yellow sheets, are hurting, although I can’t tell if they are burning hot or ice cold”.

Sadly, Jean’s prognosis wasn’t promising – they were hoping for some improvement with his digestion and respiration, or perhaps reach a point where he could “muster enough breath to make my vocal cords vibrate.”

Jean turned a corner in the blink of an eye

At just 43 years old, Jean now had no way of communicating with the world. Then one day his friend, Bernard Chapuis (former editor of Men’s Vogue), noticed Jean’s left eye twitching. He quickly asked Jean to blink if he could understand him, and lo and behold, he did.

After that, Jean was sent three hours from Paris to Berck, where he started work with a speech therapist who specialised in the ‘the alphabet of silence’.

The therapist would call out and point at letters (arranged by how frequently they are used in the French language), and Jean would make words and sentences by blinking his eye when she got to the letter he needed.

“It is a simple enough system,” he explained. “You read off the alphabet… until, with a blink of my eye, I stop you at the letter to be noted.”

He wrote the Diving Bell and the Butterfly by blinking 200,000 times

Jean wasn’t prepared to give up – instead, he decided he had to write a book about what it was like to be ‘trapped inside’ his body.

With the help of a specialised nurse, Claude Mendibil, he was able to write his book – The Diving Bell and the Butterfly. For the next few months, Mendibil spent three hours, six days a week, taking dictation – using the same method he was taught by his speech therapist.

Each night, he would edit his thoughts in his head, and compose and memorise sentences so that when Mendibil arrived in the morning he could dictate his latest installment.

The book’s title refers to the immobility of his body by comparing it to old-fashioned heavy diving headgear, inside which he describes his mind fluttering as delicately as a butterfly.

Sadly, Jean did not live to see the success of his novel

Just two days after the French publication of his book, Jean died from pneumonia – with no inkling he had just penned an international best-seller.

Despite how Jean wrote his book, his book wasn’t fragmented, stiff or overly factual; instead it flowed beautifully with rich imagery. Over the years, ‘The Diving Bell and the Butterfly’ touched the hearts of countless readers, and has even been made into a critically acclaimed movie which was nominated for 4 Academy Awards.

“My diving bell becomes less oppressive, and my mind takes flight like a butterfly. There is so much to do. You can wander off in space or in time, set out for Tierra del Fuego or for King Midas’s court.”