Daniel Tammet can speak 11 languages, perform mind-boggling mathematical calculations in his head, and can recite the number pi to 22,514 places. 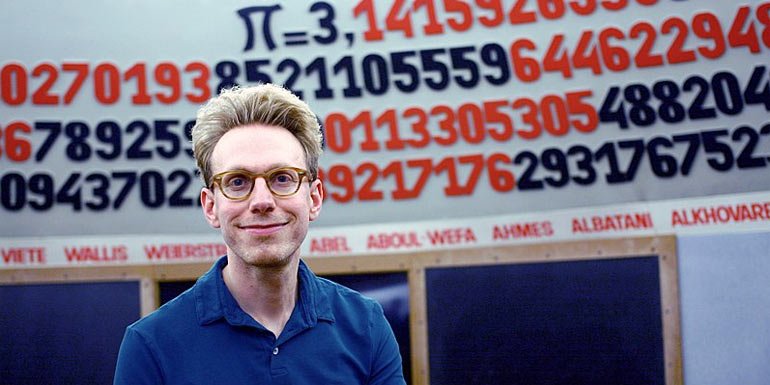 You may have heard of Daniel Tammet before – he’s the man who can teach himself to speak a new language fluently in a week!

He has also penned several books about his life with autism and savant syndrome. Find out more about his amazing life.

From an early age, Daniel had amazing abilities

Born in London in 1979, Daniel was the eldest of nine. His mum wouldn’t have described him as an ‘easy’ baby – telling how Daniel would bang his head against the wall, scream and cry constantly.

Then, one afternoon when he was four, he was playing with his brother and had an epileptic seizure – one of several that he would experience.

It was after these seizures that Daniel started to show new amazing abilities.

He remembers when he was four, he was reading a book about numbers. As he read, it dawned on him that the numbers weren’t simply appearing to him as digits – he was seeing them as images (read on to find out more about this!).

Around the same time, Daniel’s brother started quizzing him on tricky maths problems (we mean tough, like what’s 86 x 86 x 86 x 86?). Daniel recalls shutting his eyes for about ten seconds, and suddenly the answer came to him. His brother tested him over and over and Daniel answered correctly every time.

He sees numbers as handsome, ugly, and wobbly 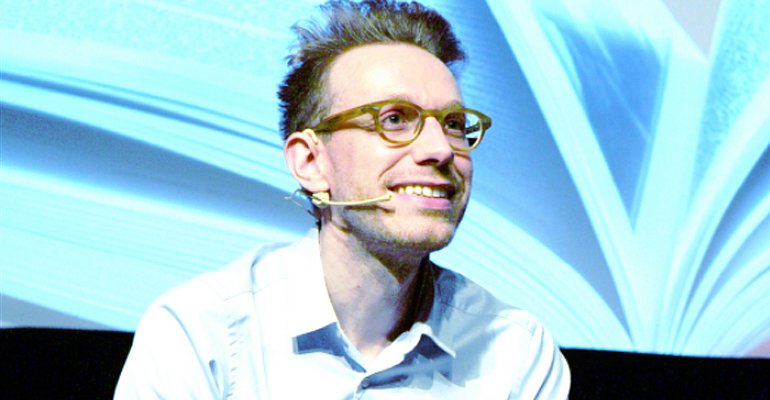 While it’s hard for most of us to understand, Daniel doesn’t simply see numbers as digits – instead in his eyes, each number up to 10,000 has a unique colour, shape, texture and occasionally motion (a phenomenon known as synesthesia).

Daniel has explained that he finds some numbers more ‘good looking’ than others – bizarre but true!

According to him, the number 117 is a handsome number – tall, lanky and a little bit wobbly, 9 is large and intimidating, and 1 appears as a flashing white light. He also claims that, 289 is particularly ugly, 333 is super attractive, and pi is beautiful.

This skill allows him to do those big sums in his head. When he does this, however, he doesn’t just calculate the numbers, he experiences them.

In Daniel’s words, “When I multiply numbers together, I see two shapes. The image starts to change and evolve, and a third shape emerges. That’s the answer. It’s mental imagery. It’s like maths without having to think.”

For those who don’t know, the number pi never ends and the numbers after the decimal point keep going and going (3.14159….).

For most people, even reciting pi to 50 or 100 digits would be an amazing achievement.

But for Daniel, he recited the number to an astonishing 22,514 digits from memory, a task that took him five hours and nine minutes – but which he claimed was ‘easy’.

To him, it was just like watching a film projected in front of his eyes – and describing it as he watched.

Why did Daniel bother with such a task? He wanted to prove a point. As he explained, “I just wanted to show people that disability needn’t get in the way.” See for yourself in this YouTube clip!

He taught himself Icelandic in just one week 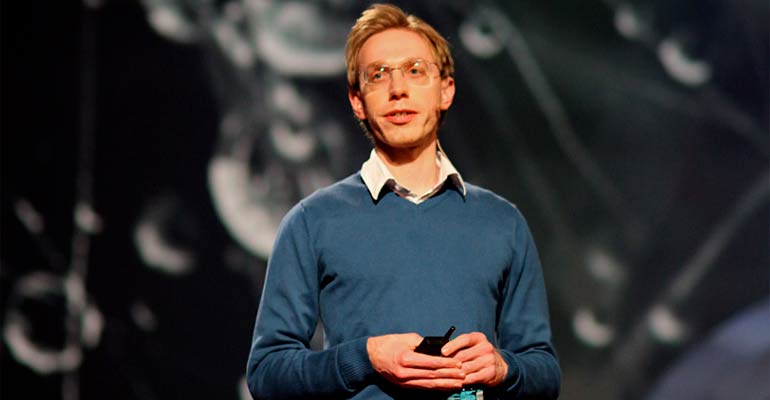 In 2005, Daniel took part in a documentary called “The Boy with the Incredible Brain.”

While filming was taking place, the crew challenged Daniel to learn to speak Icelandic, a notoriously difficult language.

Having already mastered 10 different languages at the time (English, Finnish, French, German, Lithuanian, Esperanto, Spanish, Romanian, Estonian, and Welsh), Daniel took on the challenge. Just one week later he shocked viewers when he was able to have a fluent conversation with a local presenter on live Icelandic TV.

Daniel went on to create his own language, Mänti, which so far consists of around 1,000 words.

While Daniel had amazing abilities from a young age, it took almost 25 years for doctors to diagnose him with savant syndrome and high-functioning autism.

Tammet says, “Years before doctors informed me of my high-functioning autism and the disconnect it causes between person and language, I had to figure out the world as best I could. I was a misfit. The world was made up of words. But I thought and felt and sometimes dreamed in a private language of numbers.”

Because of his autism, some things are still overwhelming for Daniel. He finds beaches impossible because there are “too many pebbles to count”, he has to drink his tea at exactly the same time every day, and he eats exactly 45 grams of porridge for breakfast each morning.

Even though Daniel had received his diagnosis of autism and savant syndrome, it’s still unclear what makes him so different to most.

Among the medical community, opinions are divided.

Some scientists believe that the signals from two hemispheres in Daniel’s brain may have become ‘scrambled’ after his childhood epileptic seizures. Others think his abilities just boil down to using intensive memory techniques.

What we do know is, Daniel is unique. Unlike most savants, he has no intellectual disability – this is important to scientists as he can describe his own thought process.

As one scientist said, “Savants can’t usually tell us how they do what they do. It just comes to them. Daniel can describe what he sees in his head. That’s why he’s exciting.”

Inspired to share his story, Daniel released his first book in 2006: a memoir entitled ‘Born on a Blue Day’. He went on to write two more books, ‘Embracing the Wide Sky’ and ‘Thinking in Colours’.

All three books became best sellers, and have been published in 20 languages (only appropriate given the linguistic talents of their author!).

Over the years he has appeared on TV chat shows to talk about his books, and of course to give us a sneak peek into his amazing abilities.

Daniel will always be extraordinary, but now lives a happily ‘ordinary’ life

After astounding the world with his accomplishments, Daniel has now settled down in Paris with his husband.

Because of his need for ritual, he runs his own business where he spends his days teaching email courses in languages and literacy, and he also sells his own paintings which show how he sees those number landscapes he describes to us.

He also does the occasional lecture tour, so keep an eye out, and if you’re lucky one day he might come to a city near you.