While Vincent van Gogh is one of the art world’s most renowned painters, he is also synonymous with the term ‘tortured artist’.

Only 37 years old when he died and having only sold one painting, van Gogh sadly did not live long enough to see the extent of his legacy – which includes his works now being some of the most expensive in the world.

Curious to find out more about his life? Read on…

He painted almost 900 paintings in 10 years Up until van Gogh was 27, he had explored several different jobs – he’d been a lay minister, teacher and art dealer (just to name a few!).

Suddenly, he abandoned these careers and decided to focus all his energy on painting and drawing – and once he got started, there was no stopping him!

Over the next ten years, van Gogh went on to create a body of work which included almost 900 paintings, and a further 1,100 works on paper – which meant a new artwork every 36 hours (on average) – phew!

It’s mind blowing how much he achieved in such a short time.

van Gogh lived with mental illness throughout his life

While, it’s fairly well-known that van Gogh lived with a mental illness, we can’t be 100% certain around the details. What is fairly well understood though, is his symptoms included hallucinations, depression, and seizures – which at times were quite severe.

Many modern day psychiatrists have attempted to diagnose his illness from the symptoms he showed, and possible diagnoses include schizophrenia, bipolar disorder, syphilis, hypergraphia, Geschwind syndrome, and temporal lobe epilepsy. It is also quite possible that he had a combination of these.

Whatever his diagnosis, it was likely made worse by his lifestyle – which to put it nicely was not exactly healthy…. Despite his privileged background, van Gogh spent his adult life in poverty, surviving on cheap food (and not much of it). His diet consisted mainly of bread and coffee, he drank alcohol excessively, and was rarely ever seen without his pipe in hand.

His brother often donated to his cause but van Gogh, obsessed with his art, chose to funnel all funds into buying more creative supplies.

By the time he was 33, van Gogh’s health had gone from from bad to worse, and he wrote to his brother Theo saying he’d only had six hot meals in about a year, and his teeth felt loose and painful.

Considering he worked himself into the ground, had poor diet and loved to smoke and drink, it’s no surprise really that he was also regularly sick.

He was nicknamed ‘The Redheaded Madman’

As van Gogh’s mental health was often poor, he spent a lot of time in and out of hospital. Over the years, the hallucinations and delusions he experienced became more intense and frequent, and he started attracting the attention of his neighbours.

Scared by his behaviour, they named him “le fou roux” (The Redheaded Madman) and rallied together to collect signatures for a petition against him (the Arles Petition). In response, the police evicted van Gogh from his home for good, and he once again returned to hospital.

The truth behind van Gogh’s ear is still unknown 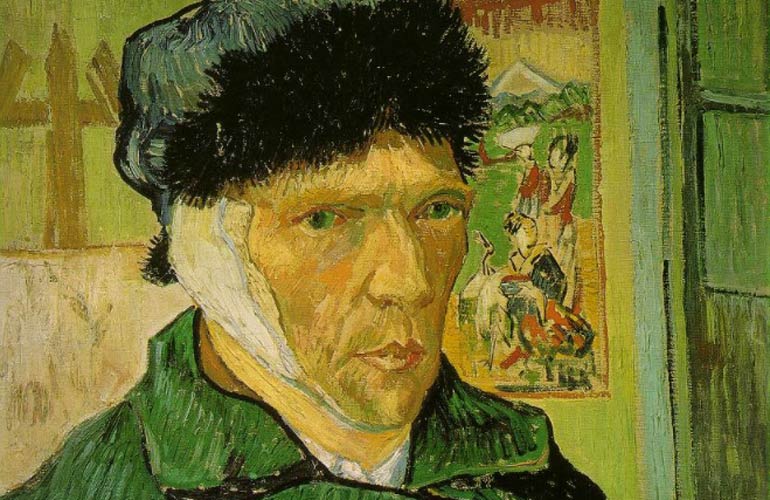 Most people will have heard the story about van Gogh cutting off his ear – and while his ear was indeed cut, the details around have never been confirmed.

The popular version of the story is often told this way… van Gogh and his very close friend, Gauguin, were having a quarrel. The argument got more and more heated until van Gogh threatened his friend with a razor. But instead of actually harming Gauguin, van Gogh sliced off part of his own ear – wrapping it in a cloth and later giving it to a prostitute.

Some historians, however, think Gaugin was to blame. This story goes that Gaugin, an excellent fencer, cut van Gogh’s ear with his sword during a fight, and the two artists agreed to hush up the truth to escape the police.

While it’s also popularly believed that van Gogh whole ear was cut off, it is actually likely he only severed a part of the ear lobe.

‘Starry Night’ was created in an ‘asylum’ 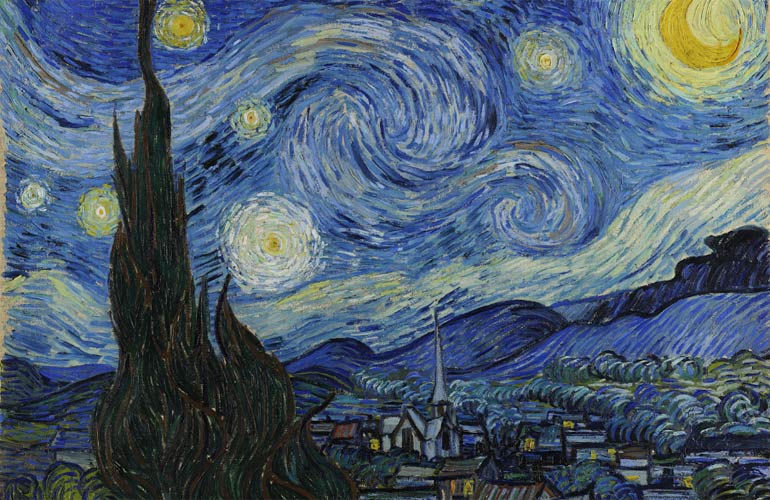 Following the ear incident, van Gogh decided to check himself into the Saint-Paul-de-Mausole hospital known back then as an ‘asylum’, where he was diagnosed with ‘acute mania with generalised delirium’.

Luckily for van Gogh, while he was in hospital he could continue creating his art – and he would spend the days looking through the barred windows at the scenery below. It was here he completed his most famous work: ‘Starry Night’.

Starry Night in fact shows his view on different days, and even at different times of day. As he sat and watched the light and weather change, he painted the view at sunrise, moonrise, on sun-filled days, overcast days, windy days and rainy days.

Although it’s recognised as a masterpiece, van Gogh was never happy with this piece and even went as far as saying he thought it, and others he completed while in hospital, were failures.

van Gogh was a pioneer of the post-impressionistic selfie 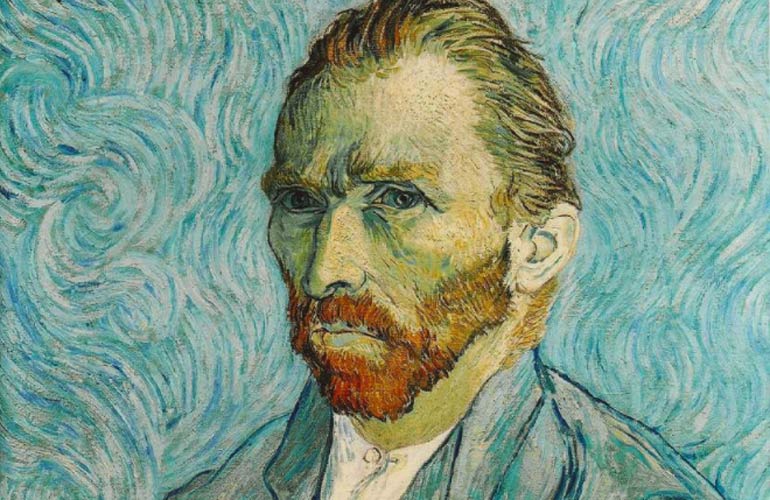 Over a period of three years, van Gogh painted an impressive 43 self-portraits – but it had less to do with vanity than necessity.

As he struggled to afford paid models and had a limited social circle, van Gogh simply had few other people to paint.

In his self-portraits, he often appears as scruffy and unshaven, with deeply sunken eyes, a weak jaw and missing teeth. There are even some portraits he even did right after he (or potentially Gaugin) cut off his ear with fresh bandages.

His other cost-saving tricks included painting over his artworks instead of buying new canvas which makes you wonder what else could be hiding under those 900 paintings!

van Gogh died from a self-inflicted gunshot wound… or did he?

Aged 37, van Gogh was discharged from hospital and moved closer to his brother, but his mental health continued to decline.

Things continued to get worse until 29 July 1890, when it was reported that he shot himself in the chest. Although the bullet passed through his chest without doing apparent damage to internal or his spine, the doctors weren’t able to remove it, and he died from the infected wound two days later.

While this is ending to van Gogh’s story is the most accepted, some believe he didn’t fire the bullet himself, and it was in fact a local teen who had teased the artist, who had killed him.

On his deathbed, van Gogh’s heartbreaking parting words to his brother were “the sadness will last forever”.