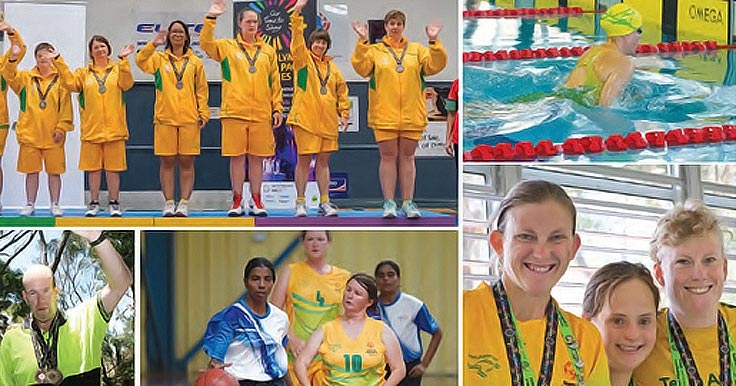 In December, 400 athletes with an intellectual disability from around Australia came together to compete at the first ever Asia Pacific Special Olympics Games in Newcastle, NSW.

The games were the most spectacular games ever held for people with an intellectual disability in the Southern Hemisphere. They welcomed over 2,500 athletes, 5,000 volunteers and over 200,000 spectators from 32 countries in a magnificent celebration of sport, friendship and ability.

We were very proud to see six people we support representing Australia. One of our athletes, Carla Robb from Queensland,
won a silver medal as part of the Australian women’s basketball team.

“My favourite part of the Special Olympics was being part of team Australia in uniform and meeting new friends. I felt so happy and proud to be representing Australia”, said Carla. Carla said her proudest moment of the games was “shooting a three pointer, I was the only one to do it”.

The Special Olympics National Games will be held in Melbourne, Victoria from 20 – 24 October 2014. We look forward to seeing even more talented
athletes from House with No Steps (now Aruma) competing there.

Congratulations to our medal winners and all the athletes who competed. You are all superstars!