If you've even had a panic attack, you’ll nod along to these 6 little known facts about panic attacks… 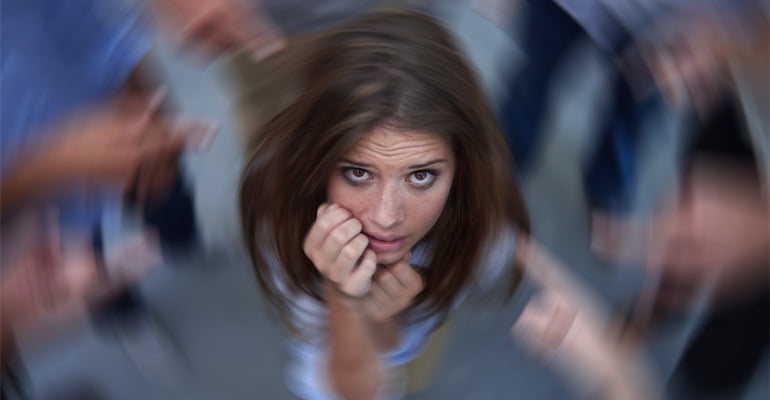 If you’ve never had a panic attack, you’ll probably find the concept hard to wrap your head around. But if you have ‘been there’, you’ll be nodding along to these 6 little-known facts about panic attacks…

Surprisingly, panic attacks are actually something many people experience (up to 35% of us) but the topic is rarely discussed. We decided the best way to help you really understand panic attacks was by sharing some of the more little known facts…

Panic attack symptoms can vary from person-to-person, but some of the most common symptoms include intense anxiety, sweating, dizziness, a racing heart, shortness of breath, nausea, chest pain, numbness, even stomach cramping and headaches.

To get an idea of what a panic attack is like, imagine suddenly experiencing some of these symptoms, and not having any control of them. Scary right?

When a panic attack takes hold, it’s common for people to mistake it as a heart attack – or terrifyingly, even think they’re dying.

Panic attacks technically aren’t dangerous – that said, it’s really important to get a proper diagnosis from a medical professional, as the symptoms can resemble other serious health problems (which you need to rule out!) like a heart attack, diabetes, thyroid disease, and asthma.

#2. There is not always a trigger

It’s true that sometimes you can easily pinpoint the cause of a panic attack: you might have serious money stresses, been fired from your job, recently lost a loved one, gone through a divorce, or you maybe you are in a crowded space.

However, there doesn’t have to be a cause – and there very often isn’t. Attacks can seemingly come out of nowhere (you could be driving, in a meeting, or in a public space) and can start at any stage of your life – no matter if if you’ve had a history of anxiety before.

It’s actually quite common for people to experience a one or two panic attacks, and then never have another. Some people, however, do have regular, recurring panic attacks. This is called ‘panic disorder’ and affects as many as 5% of Australians.

It’s actually possible to have a panic attack while you’re fast asleep.

These are called ‘nocturnal panic attacks’ and are similar to the ones people have when they’re awake.

Similar to a daytime attack, symptoms can involve shaking, sweating and chest pains, and you can find yourself waking up gasping for air and feeling scared. As you can imagine, not a great way to start your day…

Strangely enough, researchers actually think panic attacks are the human body’s response to perceived danger – part of our in-built ‘fight or flight’ reaction. This floods our bodies with chemicals like adrenaline, which trigger physiological changes.

For example, if a grizzly bear was coming after you, your body would react instinctively – your heart would start beating faster, you would breath much more quickly, and your body would prepare for combat (and get ready to run!).

A panic attack actually triggers the same response in people – but the difference is there is no imminent danger.

If you know a particular thing or event triggers your attacks (like flying or speaking in public), it can be tempting to try and avoid this altogether.

People will do anything to avoid having a panic attack – in fact, one of the worst things is the overwhelming fear that you might have another one at any moment.

However, avoiding certain environments or events that could trigger an attack is actually not a good thing to do, as avoiding the fear tends to just exacerbate it. As the saying goes, ‘you’ve got to face your fears head on’.

Experts say the best approach is to use CBT (cognitive behaviour therapy) techniques or other methods prescribed by a professional.

#6. Panic attacks can be treated

The good news? Professional treatment can be very successful. Medication, psychotherapy and stress management are just some of the tools that professionals use to treat people who experience panic attacks – and in lots of cases, this reduces the intensity and frequency of their attacks.

These approaches can also provide people with useful techniques that help them to cope when a panic starts to sets in.

As well as seeking medical help, there are some techniques that can help: