More and more, people around the world are sharing their own experiences with mental illness, including celebs! Here are 8 people in the spotlight who are trying to break down the stigma of mental illness and keep the conversation going…

Warning: This post deals with issues of depression, anxiety, and suicide.

Whether it’s a Facebook post, writing a blog, or sitting down with a friend or doctor, more and more people are talking about mental health.

Celebrities are also not shying away from the topic, often posting on social media about their own experiences. The great thing about this is, it’s actually been shown that when celebrities open up about their mental health, more people seek help as a result!

Some stars have even gone a step further to use their platform to raise awareness by becoming advocates themselves. 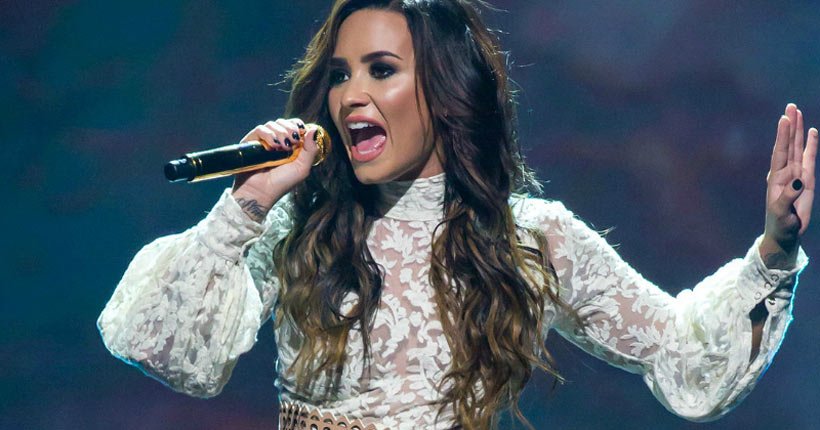 It’s no secret that singer Demi Lovato is passionate about breaking down the stigma of mental illness, often speaking openly about having suicidal thoughts at the age of 7, bulimia, self-harm, bipolar disorder, and substance abuse.

She even let the world watch her recovery in rehab in the 2012 MTV documentary “Stay Strong.”

More recently she partnered with the campaign Be Vocal: Speak Up For Mental Health, which urges people to talk about mental illness and to ‘normalise’ it.

Lovato said on Be Vocal’s website: “If you are struggling today with a mental health condition, you may not be able to see it as clearly right away but please don’t give up — things can get better,” she said. “Asking for help is a sign of strength.”

In August 2018, Demi entered rehab following a drug overdose. She continued to share her journey in an Instagram statement, “I now need time to heal and focus on my sobriety and road to recovery,” she said. “The love you have all shown me will never be forgotten and I look forward to the day where I can say I came out on the other side”. 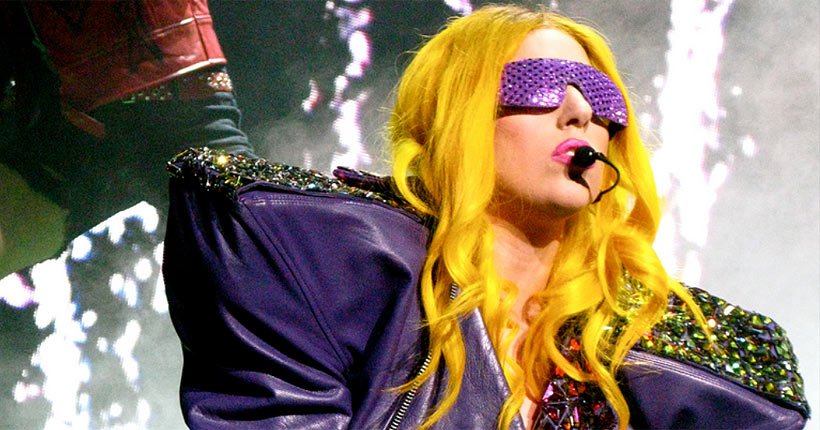 Lady Gaga isn’t one to shy away from edgy topics, and is often candid about living with anxiety, depression, and PTSD – the result of a sexual assault when she was 19.

Inspired by her fans, in 2012 Lady Gaga and her mum founded the Born This Way Foundation, hoping to create a kinder and braver world, and inspire those who are struggling.

“They [my fans] would tell me their stories — and many of them were very dark,” she said. “I felt I had to do something that would remind kids they’re not alone. When they feel isolated, that’s when it leads to suicide.”

Lady Gaga also recently joined another huge voice in mental health, Prince William, on a video chat where they chatted openly about their own experiences.

“I was angry, cynical and had this deep sadness like an anchor dragging everywhere I go. I just didn’t feel like fighting anymore,” she said. “I said to myself, ‘Whatever is left in there, even just one light molecule, you will find it and make it multiply.”‘

It’s not just Hollywood celebs speaking out, it’s royalty too!

Something we don’t see very often from the usually very private royal family, Prince Harry has opened up about many of his own experiences, particularly about the passing of his mother, Princess Diana.

The Prince said in an interview with the UK’s Telegraph that he “shut down all his emotions” for almost two decades after losing his mother. He also talked about going through two years of “total chaos” in his late twenties while he was struggling to come to terms with her death.

He describes how he only began to address his grief when he was 28 after feeling “on the verge of punching someone” and facing anxiety during royal engagements. He eventually sought counselling after encouragement from his brother, Prince William.

“Asking for help was one of the best decisions that I ever made. You will be continually amazed at how life changes for the better.”

Together with Prince William, and Kate Middleton, Prince Harry has also founded the Heads Together initiative to tackle stigma and change the conversation on mental health. Even the Duchess of Sussex, Meghan Markle, has now joined the campaign’s ranks! 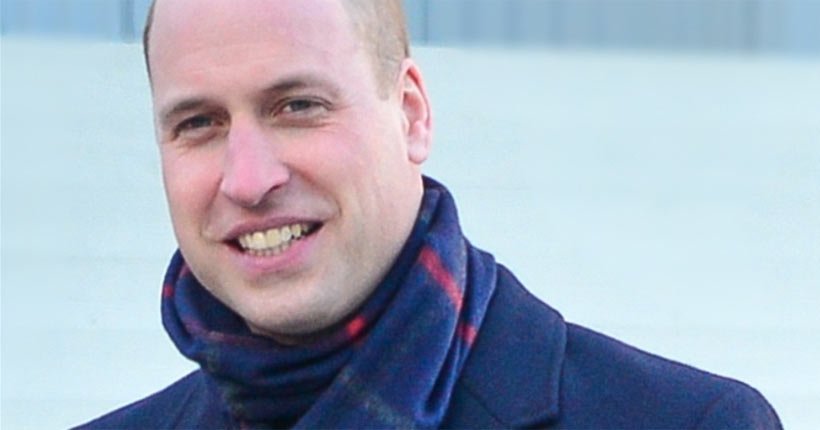 We can’t talk about Harry and not the other half of this dynamic duo, Prince William.

Also a vital member of Heads Together, the Prince has recently talked about the impact of working as an air ambulance pilot.

His two years in the role took a toll on his mental well-being, as he attended to patients with traumatic injuries including car accidents, fires and even poisoning.

He shared how when he and Kate welcomed children of their own, some of his traumatic jobs that involved kids meant he “took a lot home without realising it.”

He also acknowledges the importance of seeing the signs and the support his workplace gave him, “We know where to turn, as practical help is well sign-posted, and we know that no one will judge us if we do admit to difficulties. Mental health exists – just as physical health exists. It is no big deal.” 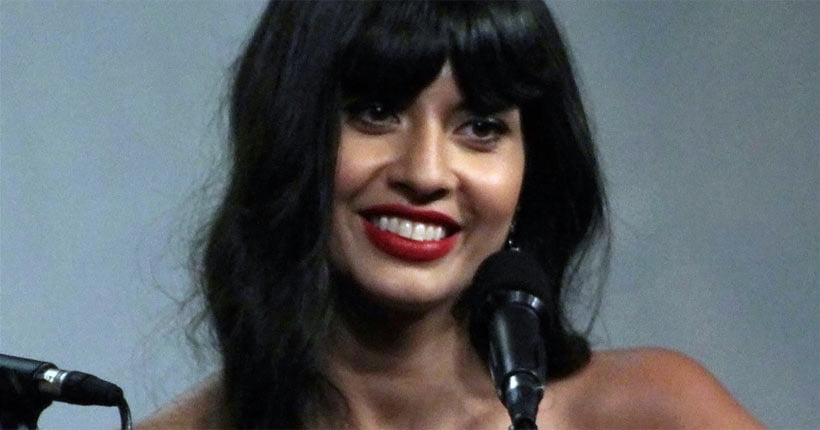 Fans of The Good Place would know Jameela Jamil and her self-absorbed character, Tahani.

Throughout her teens, Jameela lived with anorexia nervosa, and has said she didn’t eat a full meal between the ages of 14 and 17. Jameela now advocates for Photoshopping of images to be illegal, “I suffered from eating disorders as a teenager,” she says, “and so I know how damaging ‘perfect’ images in magazines can be.”

“I was bombarded with a narrative that had no alternative. There were never any women who were celebrated for their intellect … and all of my magazines were selling me weight loss products or telling me to be thin.’

Last year, she started an Instagram account, @i_weigh, dedicated to “life positivity” where she encourages people (especially women) to share images of themselves. But it’s not about the image, it’s about the words that go alongside – words that represent what they are most proud of such as, ‘mother’, ‘artist’, ‘book nerd’, ‘feminist’, ‘animal lover’ and ‘creative’. 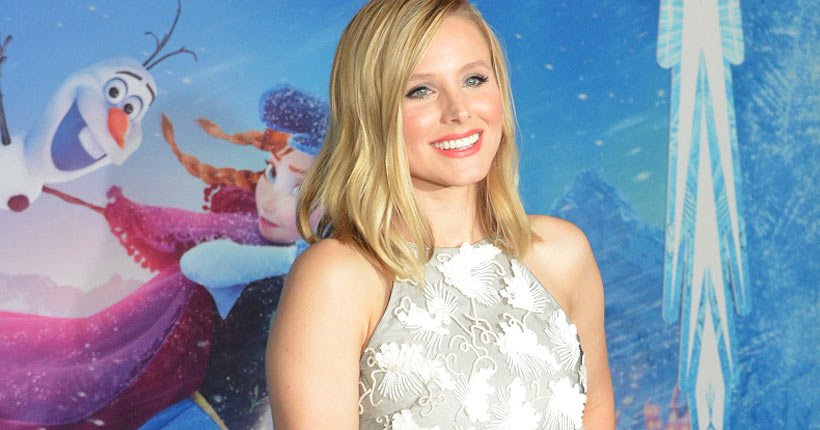 Kristen Bell is one of Hollywood’s leading ladies with roles in Frozen, The Good Place, House of Lies, and Veronica Mars.

Kristen has also had no qualms sharing stories about her personal life, including writing essays about living with depression and anxiety which made headlines across the globe.

“I felt plagued with a negative attitude and a sense that I was permanently in the shade. I’m normally such a bubbly, positive person, and all of a sudden I stopped feeling like myself.”

“Mental health check-ins should be as routine as going to the doctor or the dentist. After all, I’ll see the doctor if I have the sniffles.”

“Talking about how you’re feeling is the first step to helping yourself. Depression is a problem that actually has so many solutions. Let’s work together to find those solutions for each other and cast some light on a dark situation.”