House with No Steps (now Aruma) is a proud sponsor of the Western Sydney Wanderers Powerchair Team for the 2017/2018 season! 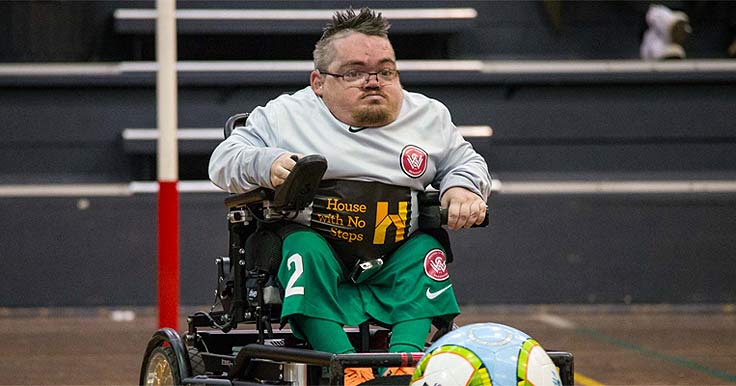 This May, we became a proud sponsor of the Western Sydney Wanderers Powerchair Team for their 2017/2018 season. Excitingly, we are the first organisation to sponsor a Powerchair Team in Australia!

The team, who have a range of physical disabilities that require them to use a wheelchair, will be going up against some formidable competition this season including Sydney FC, Mariners FC, Newcastle FC, as well as teams from the Australian National League.

They compete at the Kevin Betts Indoor Stadium at Mt Druitt each Saturday from the end of April to the end of September. You can check out the fixtures on the Powerchair Team Website – you will be amazed and inspired by their skills, camaraderie and competitiveness.

We wish the team the best of luck for the coming season!