Our famous face in Penrith!

John Boccanfuso has been raising money for House with No Steps (now Aruma) for over 40 years by selling pens at Westfield Penrith in Sydney. 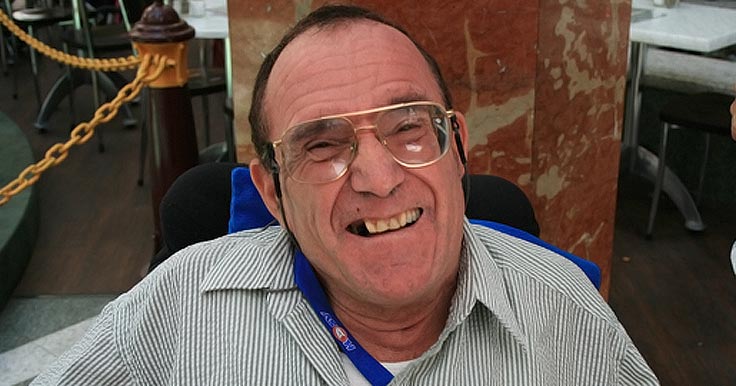 John Boccanfuso is a famous face in Penrith, Sydney, where he sells House with No Steps (now Aruma) pens from his desk at the local Westfield.

John has been raising money for people with a disability since 1974 and brings a smile to peoples’ faces on a daily basis.

John said with pride and humility “Me being even considered for an OAM… Amazing!”

John had previously been recognised for his wonderful contribution to both House with No Steps (now Aruma) and people with a disability when he received a Penrith council Citizens Award. He was also honoured by Penrith Council by having his photo placed on their wall of acknowledgement. For John it isn’t about the awards, he often tells us, “I live for people. That’s what makes me get up in the morning.”

We are so proud of John and hope he continues his good work with us for many more years.