Harley has turned the corner 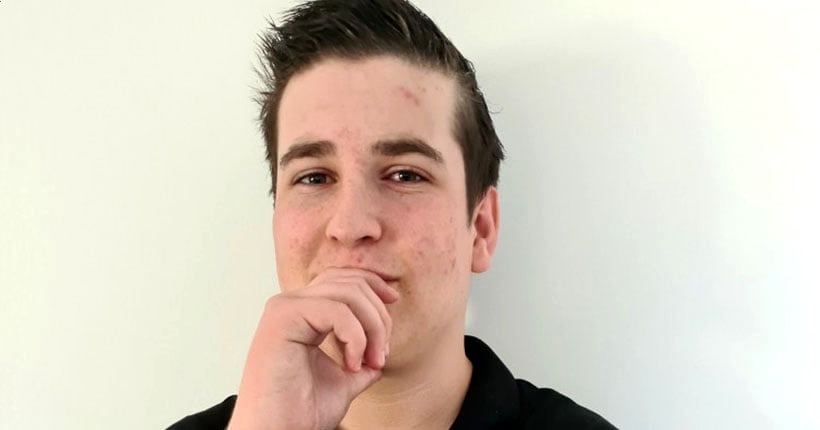 You see, after high school, Harley had fallen in with the wrong crowd. He’d stopped taking his prescription medication and things had started to spiral out of control.

I was a bad kid back then, doing loads of stupid things, he says.

I thought I could get away with anything. And then I got in trouble, to the point where they locked me up.

Thankfully, Harley only spent one week in juvenile detention.

The court wanted to give me a chance. They didn’t want another young person going down the wrong path.

Harley’s sentence was suspended on certain conditions: he must move into a Supported Independent Living (SIL) home and attend a community participation group daily.

Which is where we met Harley.

After settling into a SIL home in Tamworth, Harley started attending our Tamworth flexible support hub. Days at the hub were spent learning life skills such as cooking, and performing admin duties.

Harley also had two things we wanted to do: One of my major goals was to get a license and my second goal was to get a job, he says.

He breezed through his practical test and is now the proud owner of his L plates.

His next goal – finding a job – proved a bit trickier.

I walked around, handing out a lot of resumes, says Harley. “Finally, IGA gave me a call.”

Harley secured an interview for a stacking position at IGA and was offered the gig, which he gladly accepted.

Harley’s pretty proud of how he’s turned his life around.

Support Manager Robyn says, when Harley first started at Aruma he was a kid that was misunderstood. After 16 months he’s an adult kicking goals.

We can’t wait to see what’s next for Harley!