Teuntje Geertruida, better known as Tony, was a caring lady with a big heart. She recently did an incredible thing by leaving a gift to House with No Steps (now Aruma) in her Will. 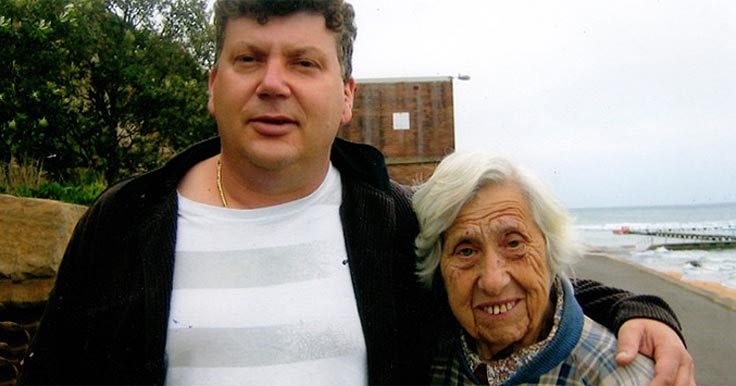 Teuntje Geertruida, better known as Tony, was a caring lady with a big heart who always brought a smile to people’s faces. She recently did an incredible thing by leaving a gift to us in her Will.

“She was a lovely lady. She was kind and caring but she was also very stern and strong”, said her close friend, Allan Vassallo.

Born in the Netherlands, Tony moved to Australia with her husband Johaane Christian Mieschke shortly after World War II. They first lived in an immigrant camp and after a while decided to call Narrabeen home.

Johaane worked as a carpenter and Tony found domestic work with a number of families in the area. Her reputation as a hard worker quickly earned her a position running the household of a wealthy Dutch family. She looked after their children, organised staff on the property and became a lifelong companion to her employer.

After trying for many years, Tony and Johaane were overjoyed at the birth of their son, Karl. He was their only child – their true pride and joy, but sadly he died at the age of 26. A number of years later, Johaane also passed away at 72, on the 2nd May 1993.

Before his passing, Johaane and Tony had decided that when the remaining partner passed away, we would benefit from their generosity.

After Johaane’s passing, Tony was not lonely. She had a wonderful circle of close friends who looked after one another. One of whom was her former neighbour, Allan. Tony and Allan often spent their days taking long walks along Manly beach and speaking in their native Dutch language.

“She had battled so much in her life, especially with the loss of her son and her husband. She was an inspiration to me”, said Allan.

After living the last few years of her life in a nursing home in Bayview, Tony passed away on 21st December 2015.

“Tony never built any skyscrapers or solved world affairs but she changed people’s lives. She brought a smile to their faces and let them know that she cared – and those qualities are worth the world”, said Allan.

Tony’s generous gift means that she will continue to change people’s lives and bring a smile to their faces. She and Johaane will always be remembered for their love and generosity for people with a disability.