Nicole says that when she found out her son, Jock, had Down syndrome she was worried. But when she held her baby, all her worries disappeared.

“I think every child has their challenges, and Jock does come with challenges. But he’s the easiest one of my children to put to bed at night!” – Nicole, Jock’s mum

We discovered that Jock had Down syndrome when he was a day old. He was six weeks premmie, and I had actually picked up that his eyes were quite large when he was born, but it wasn’t until the next day that they told me he had Down syndrome. Because he was premature as well, they kept him in the Intensive Care Unit in the humidicrib, so it was a lot at the time.

We live on a farm in the centre of New South Wales, 30km from Condobolin. Because they don’t actually deliver babies in our town, I was two hours away from home so I’d have visitors come and go from the hospital, but I didn’t really have too much support.

I didn’t know much about Down syndrome and I didn’t even recall ever seeing a child with Down syndrome. So my cousin brought her laptop to the hospital and I just Googled everything I could. It felt quite strange because Jock wasn’t in the room with me and that meant there was a lot of overthinking, but every time I had him in my arms and I looked at him, all that worry went away.

Jock at first was delayed in every area. He was very floppy and it took him a lot longer to control his neck, to sit up, and roll over. My oldest daughter, Holly, was eight weeks premmie herself, so I already knew a little bit about what to do to help Jock build his strength. We used to put a mirror in front of him when he was on his tummy so he would look up and build his neck muscles – he just loved looking at himself and still does!

We decided to start early intervention at Aruma (formerly House with No Steps) when he was about six weeks old, and it was so important to help him reach those ‘traditional’ milestones. But it was hard when I had other friends with children who were the same age as Jock, and I was seeing them progress quickly, whereas Jock was still delayed.

When Jock was young, he couldn’t speak and I could see that he was getting frustrated. I had done a lot of research around sign language for children with Down syndrome, and we decided to give it a go. He was signing at about 14 months – we’d start with one sign at a time like ‘more’, ‘eat’, ‘drink, ‘finished’, and ‘play’, just little things like that. Now that he is five, he doesn’t sign as much as he used to unless he gets frustrated because someone can’t understand him.

As Jock got older, there were a lot of little things like opening jars which I didn’t think would be something that I would have to teach him. I thought things like that would just happen, but I realised little things may not just happen when your kid has Down syndrome.

Now that Jock’s at school, he’s picking everything up really quickly. The kids know that he loves a cuddle, so they all come up to him for one.

But it’s just amazing to see the kids at his school. He’s got the whole school wrapped around his little finger – everyone just loves him! He pulls it over everyone because he’s so cute and cheeky.

He plays Duck Duck Goose every day at lunchtime. It’s not just the little kindergartens, there’s kids in Year Six that are playing. Holly my eldest came home one day and she said, “Mum, you should’ve seen how big the circle was for Duck Duck Goose today. Just about the whole school was playing.”

I don’t think they really see any difference in Jock in the way they play with him, they just play with him like any other kid in the class.

A lot of people think that Jock is hard work, and in some areas he is hard work, but then he’s probably no harder than his siblings. I think every child has their challenges and he does come with challenges. But he’s the easiest one of my children to put to bed at night!

Jock is just a very affectionate, very cuddly, and very emotional boy – if there’s another child crying, he’ll cry, and he’ll always feel sympathetic to everyone’s feelings. He’s also such a popular little boy. The way he just brightens people’s day – I’ve lived in my town for over 20 years, and there’s some people in this town I’ve never seen smile before, but you just have to walk down the street with him, and he makes everyone smile.

Video content description: YouTube video of Jock and his mum, sharing their story of Early Intervention services at Aruma and how this has helped Jock. 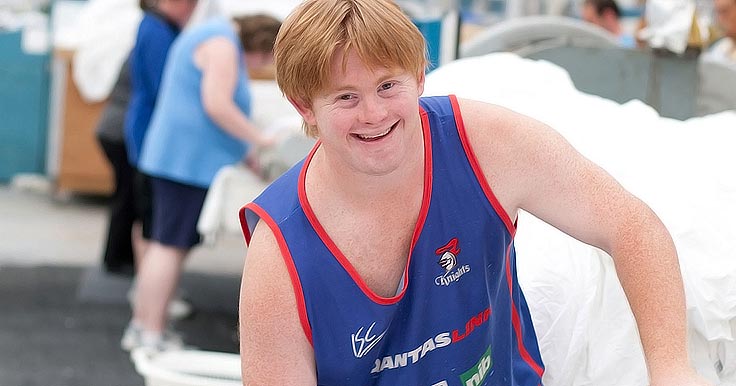 Myths about Down syndrome 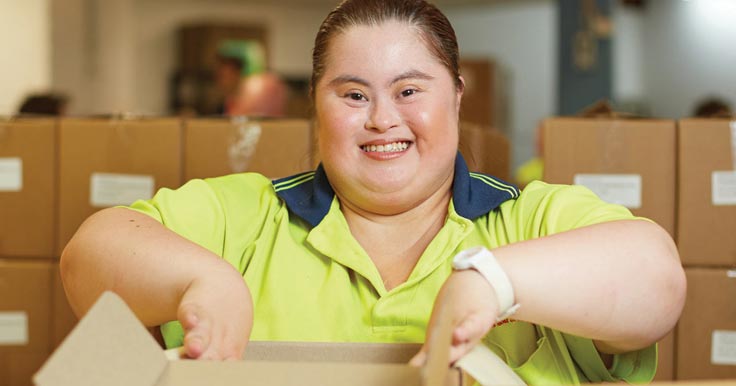 Growing up with Down syndrome and facing the bullies 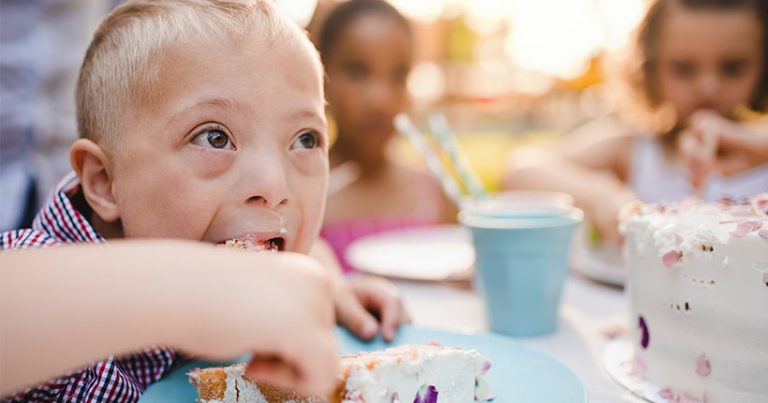