Just look at Artie’s amazing smile! You can’t help but want to smile back at him, can you?

Artie’s dream leading up to his fourth birthday was a simple one.

He just wanted to understand people when they spoke, and for them to ‘get’ the things he said.

But when Artie talked, his words did not come out in a sentence. No matter how hard he tried, he wasn’t connecting with people through language, not even his mum and dad. He wasn’t making friends with other children. And his beautiful beaming smile was not seen as often as it should have been.

Today, Artie’s parents are so grateful. Aruma staff have worked alongside Artie right from the time his preschool teachers first noticed he wasn’t happy. 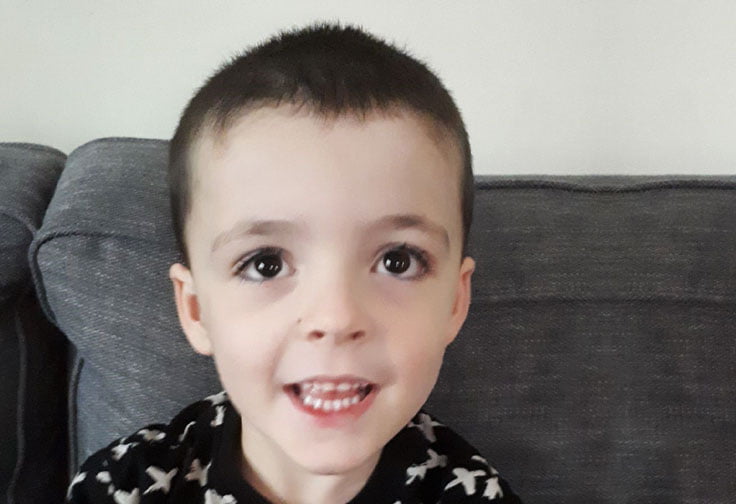 And when Artie was finally diagnosed with Global Development Delay, just before his fourth birthday, an action plan was put into place for how we would work with Artie and his parents to reach their goals.

It wasn’t easy but Artie didn’t give up, and he has done himself proud!

Now he can speak in six-word sentences. He can use stories to initiate play and interact with other children his age, and he has made some new friends.

At the beginning of this year, after just over 12 months of working with us, Artie was so excited to start ‘Big School’ with his big brother Henry, at the local primary school their parents used to attend.

“12 months ago, we were afraid of what the future had in store for Artie,” says Artie’s mum, Judy. “Now we are excited and confident for everything he has ahead of him. He is the funniest, happiest little boy.”

Your generosity provides opportunities for people of all ages with a disability to receive support that meets their own personal goals and makes them happy.

All fields are required