Self Advocacy = Speaking Up

Self advocacy is about speaking up for yourself and others, standing up for your rights and what you believe in, and giving a voice to people with a disability. 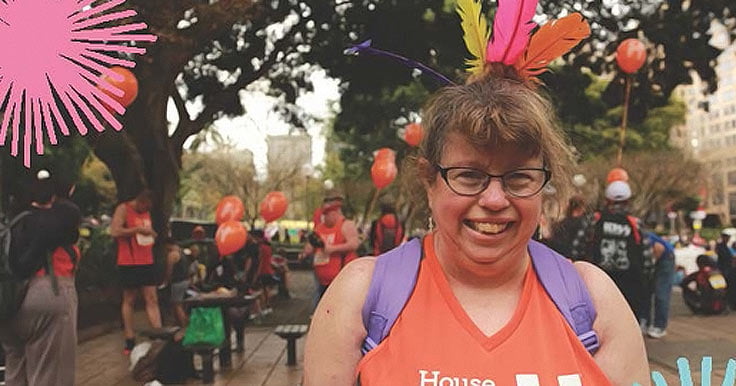 There are lots of ways you can self advocate. You can:

Self advocacy helps people gain choice and control of their own lives. It is a human right and we all have the right to speak up. We have been supporting many people like Wayne, Erica and Simmo to speak up and have their say.

After participating in self advocacy training Wayne identified an issue at the house he lives in. “There are too many people in the house, not enough space or privacy, I just want a better house for me and the boys”, said Wayne.

The Minister was very impressed with Wayne. “You are an amazing self advocate. You are one of the best self advocates I’ve come across” said Minister Ajaka.

The Minister told Wayne to be patient, to keep advocating and not to give up. He explained that the NDIS will give people more choice over where they live and who they live with.

Wayne has learnt a lot about speaking up for his rights. “Lots of things have happened but we are still in the house, I will keep fighting for my rights”, he said.

Erica really enjoyed it and said “it was really interesting. We learnt about our rights at home and in the community. It is important to learn to speak up about your rights. At the end of the course we started up a Rights and Advocacy Group. Having regular meetings is very good. It helps people to know that they do have rights. It gives us an opportunity to speak in a group.”

Erica also attended a self advocacy conference in Geelong in February 2014 and said “I hope we can have a conference like this in Sydney one day”.

Since then, Erica has hosted a self advocacy conference called Sydney Speak Up on 10 December 2014, International Day of Human Rights. Erica said the day was held “so people can have a say and other people can learn to speak up. Some people don’t get to say what they feel and how they feel; this will help them to do that”.

Dean’s dream was to one day attend an international car rally. By speaking up during his person centred planning, and with the support of many people, Dean’s dream came true.

His dream started as one word on paper… RALLY! It grew into a huge event with family, staff and volunteers piecing together a day at the World Rally Championship that brought smiles to so many.

Dean was woken at 3am and returned home at 7pm, not closing his eyes once, not even as the air filled with dust. His smile beamed as each car whizzed passed.

When Dean is asked how his day was, his face lights up, his arms raise and he laughs and laughs. He is already looking forward to next year!

When Dean is asked if his plan worked for him he says yes, with a big smile. He assures everyone that his voice has been heard and knows that dreams can come true.