New furniture for Aruma’s hub in Forbes, thanks to grant

The Forbes community helped get us this much-needed grant. 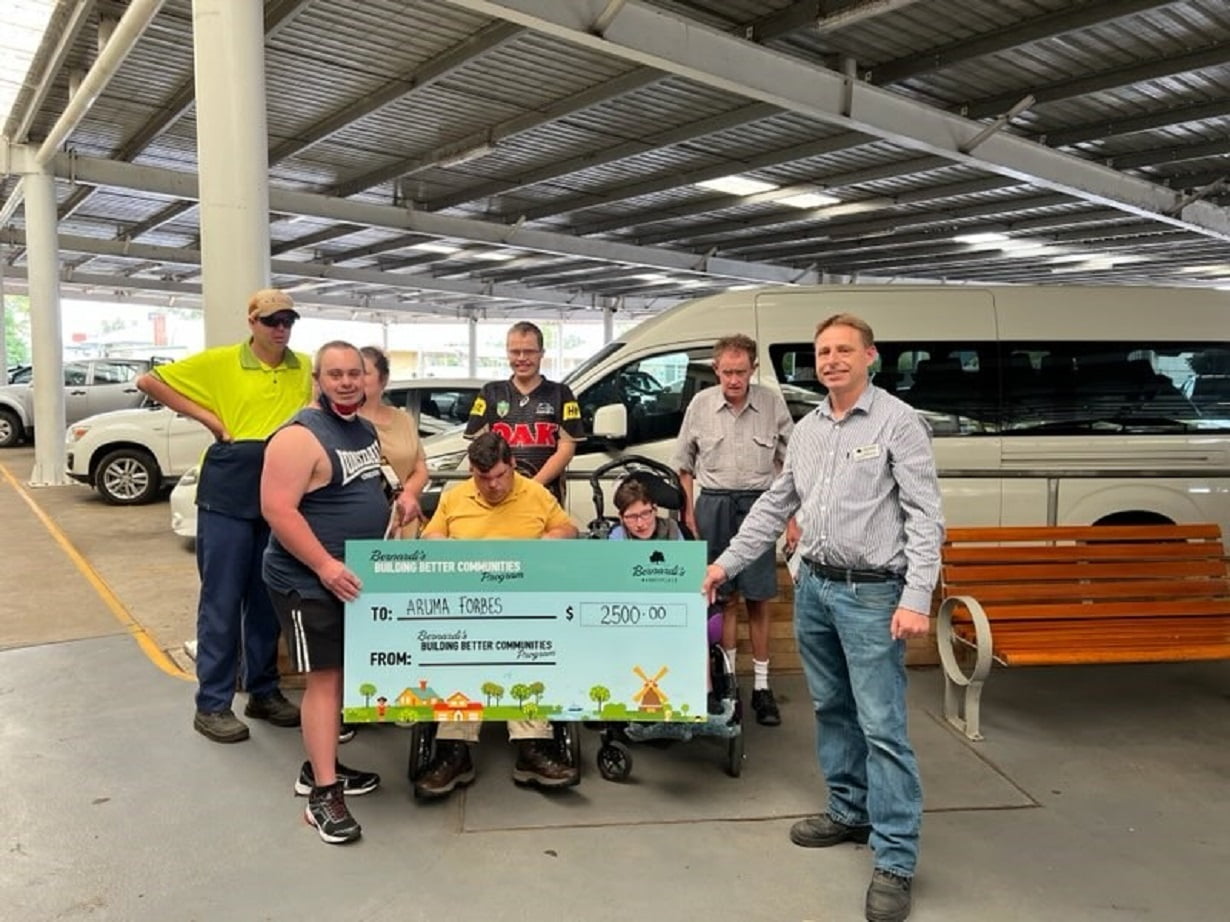 ​A solid team effort for local votes has earned our Community Day Program Hub in Forbes, NSW, some new ‘seats at the table’.

This dedicated team scored $2500 through Bernardi’s Marketplace, Building Better Communities Program grant. They plan to purchase a new table and chairs for their beloved Hub with the grant.

Casey King, our Hub’s support manager, said her team spent several months placing fliers on car window screens and in local shops, cafes and restaurants around town to remind locals to put a token in Aruma’s bucket when supermarket shopping at Bernardi’s.

It took about eight months from the time we put the application in up until when we heard we’d been successful, so it was great to hear all our efforts over a number of months had paid off, Casey said.

All the staff and customers were getting out into the community, handing out flyers and talking to people about our application, with the hope they would vote for us by putting a token in our bucket.

We’re really excited to have gained the most community votes for this funding round, which means we’ve got the largest amount of funding available through the program, said Casey.

The table and chairs we’re using at the moment are really old, so we can’t wait to buy a new setting, hopefully from a local supplier.

Bernardi Group Marketing Manager Isabella Bernardi gave us a huge shout out:
This was one of three funding rounds we run each year and we offer three grant amounts to local groups in Forbes, which we award based on how many community votes they get via our token system, Isabella said.

Aruma put in a great application and put lots of effort in building community awareness of their hopes for a new table setting, so it’s great to see them achieve this outcome.

We presented the cheque to some customers and staff recently, which was lovely because we can see it will go towards something that will be very well used at the hub.

Our customers often sit around the communal table at hubs like the one in Forbes to chat, do art and craft projects, write and practice meal etiquette including setting the table, cooking, and serving meals.