Last month we said farewell to long term employee Peter Irwin from Summerland House Farm after an impressive 28 years working in the gardens and the nursery. 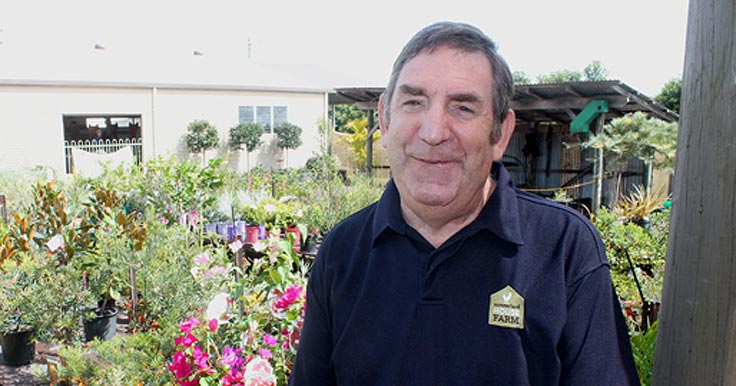 Now retired, Peter had worked at the farm for an impressive 28 years.

After being diagnosed with cerebral palsy when he was born, Peter’s parents were told he would never walk or be able to talk. But with the help of physiotherapy he proved the doctors wrong and went on to have a wonderful career at the farm.

Peter spent his years at the farm working in the gardens and the nursery and more recently in customer service. He has had some great moments working at Summerland House Farm but one of the most memorable would be meeting his wife Joan.

Joan lived in the USA and her friend had recently taken a holiday to Australia and visited Summerland House Farm. She showed Joan a photo which featured Peter and she then decided to write to him. The two became online friends through a pen pal site and shortly after she came to Australia and the two married.

Peter will now spend him free time travelling more with Joan. We wish him a very happy retirement!