Hannah is an incredibly bright and confident young woman living with high functioning autism. Since applying for a Supported Living Fund Package she can now see her dreams coming true. 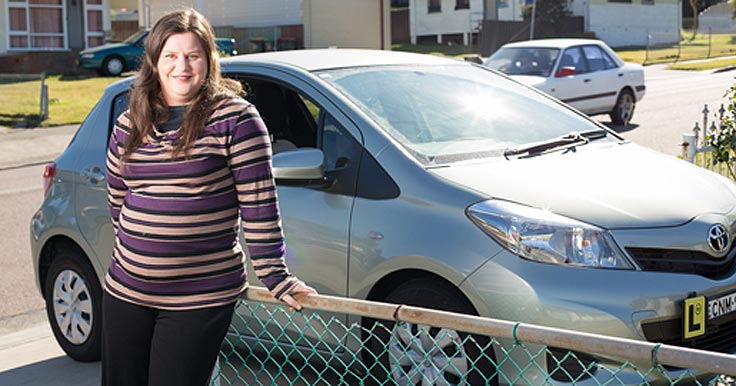 In Hannah’s own words she is, “one smart cookie”. She’s also a qualified legal secretary and an incredibly bright and confident young woman.

However, Hannah says life hasn’t always been this way. Hannah lives with high functioning autism and ADHD and until a little over a year ago was very frustrated with life and the world she was living in.

“You communicate differently, it’s like being Australian and the rest of the world is from Japan. As an Australian, you don’t understand why the Japanese do some of the things they do or why they speak differently. Or why something one moment is really right and why the same thing is completely wrong the next moment”, said Hannah.

“I wanted to be an adult but I had no idea how to. I was so frustrated to the point that I got really depressed because I thought why bother having dreams if I’m never going to see them come true, what’s the point”, continued Hannah.

A little over a year ago Hannah and her Mum applied for a Supported Living Fund Package which she says has transformed their lives. “I now have a much better relationship with my Mum because instead of being my support person she is now just my Mum and that has always been what I’ve wanted”, said Hannah.

Our Independent Living Coordinator Mel said, “When I first went to meet with Hannah and her Mum, Hannah wouldn’t speak or even come into the same room as me”.

“I was so scared when she first came to the house that I hid in the kitchen”, said Hannah. “I didn’t have a voice back then and now I’m actually doing public speaking. I’m a world more confident than what I was!”

Over the last year, Hannah has gotten her L plates, bought her own car and is working towards having her first paid job and one day owning her own home. She volunteers with House with No Steps (now Aruma) doing administration work two days a week and is part of the Newcastle self advocacy group. Hannah was also recently one of the first people we support to help recruit new staff for the Newcastle area.

“I’m a lot more confident now and I can actually see my dreams coming true. What I wanted was a good life, a good life that everybody else I saw had and I never believed could come true. It’s now coming true!”