We supported our customer Brendan find a home and housemates, which felt just right. 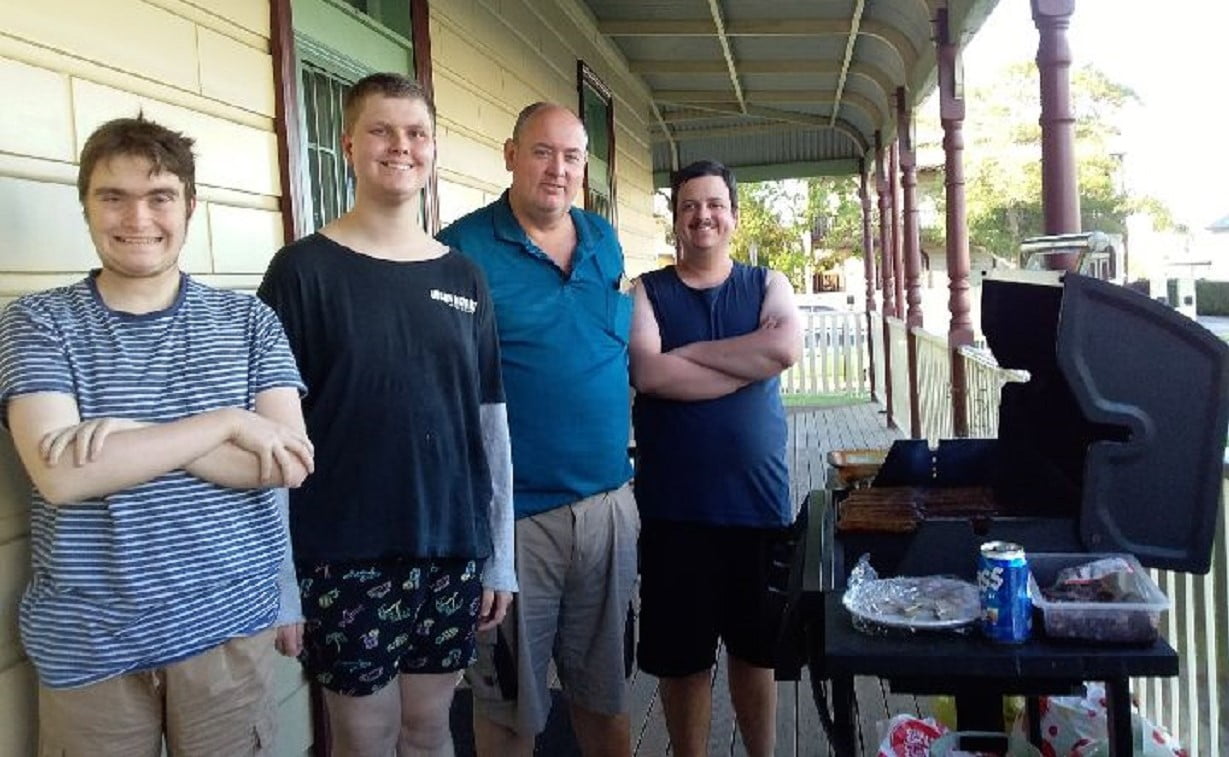 When Brendan started his journey with Aruma back in 2020, his goal was to move into his own place by the time he turned 21.

First, Brendan was matched with a Support Worker who supported him to meet new people and develop the skills he would need to achieve his goal.

When Brendan was ready, he and his mum, Corinne, started exploring Supported Independent Living (SIL) options.

When we first introduced Brendan to the guys, I got chills. There was just a real good feeling about it, says Bobby.

They happily chatted away about shared interests, and I remember thinking ‘wow, this has the makings of a perfect match!

That just says it all, doesn’t it?

After some delays due to lockdowns, Brendan moved in last year.

He has settled into his new home and has made some great friendships with his housemates Coby and Mark, says Brendan’s Support Worker, Kim.

We like sports, playing games, and footy, says Brendan.

Mark does cooking and I do the serving, says Brendan.

They help each other get ready and they all look out for each other. Coby has even been helping Brendan with learning to use public transport, says Corinne.

We’re excited to see what adventures the trio get up to in 2022!