We might have a new name, but we’re not the new kids on the block. You once knew us as House with No Steps and The Tipping Foundation. 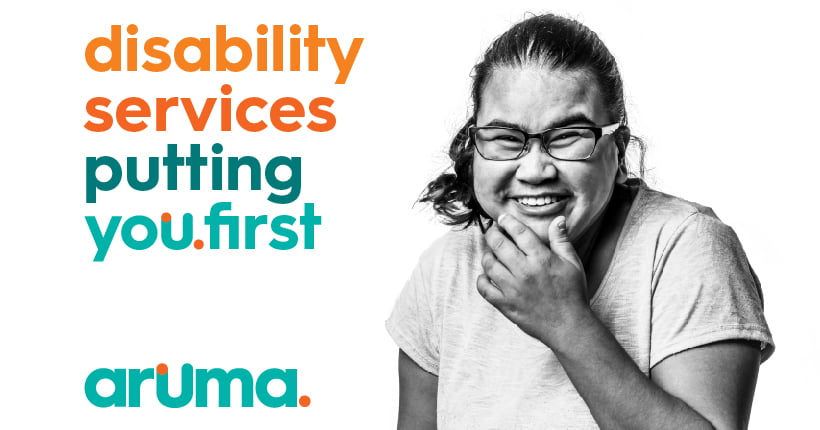 There’s a new name in the disability services sector. A new name that’s made up of two trusted organisations with a combined history of over 100 years.

You once knew us as House with No Steps and The Tipping Foundation. We are now Aruma.

“We came together in March 2018, and since our merger we have taken the time to consider what we should be called in the future.”

With names that stood for so much, considering the future brand of our merged group was a big task. We spoke with hundreds of our staff and a cross-section of customers and their families to understand their views.

“We’ve grown so much in recent years. In addition to House with No Steps and The Tipping Foundation joining forces, we’ve welcomed customers and staff from other providers, including Summerland, Ballina and Horizon Early Intervention Services, Interchange Northern Region Inc, and the New South Wales and Victorian Governments.”

“Our staff and customers encouraged us to be bold and to look seriously at adopting a new name. The feeling was that this would not only unite us internally, it would also position us more clearly in the rapidly-changing NDIS world,” said Mr Richardson.

And so, work began on our new brand strategy.

“Our staff’s enthusiasm, energy and ideas have been amazing. We have a single set of Beliefs, Values and one common Purpose – and it’s all come directly from our staff,” said Mr Richardson.

“The passion and commitment we have to support people with a disability are now united under one banner – Aruma.”

Aruma has its roots in languages and cultures from all over the world. It means a happy place, to plough the land, being real and true, and the calm time between sunset and sunrise – when the body and soul renews for a new day.

“But we’re not so focused on literal explanations. Aruma is a trailblazer. Aruma puts customers first and never entertains a one-size-fits-all approach. Aruma raises the bar higher.”

“Aruma is our bold, new chapter, and we’re incredibly excited, and humbled, to be writing this together with our staff and our customers.”