Even though bipolar disorder affects 1 in 50, there are still lots of myths about bipolar about. Let’s get a few straightened out. 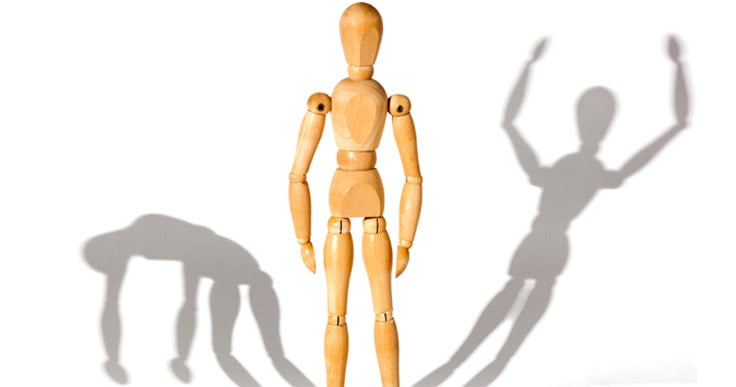 Let’s get a few myths about bipolar disorder straightened out.

Even though bipolar disorder affects about 1 in 50 Australians, there are still lots of myths about this mental illness around (Better Health Victoria). So, let’s get a few of them straightened out.

Bipolar disorder used to be known as manic depression, and causes extreme mood swings including emotional highs (mania) as well as extreme lows (depression). These mood swings come in ‘cycles’ which can last days, weeks or even months (Better Health Victoria).

We all have mood changes depending on life’s swings and roundabouts, or even those little things called hormones. But it’s important to know that bipolar episodes are very different to ‘normal’ ups and downs.

For one thing, the highs and lows are a lot more extreme (although the severity can differ from person to person), and they can last for weeks or even months. This can also make it difficult to function day-to-day such as at work.

How people with bipolar are feeling also doesn’t necessarily make sense in the context of what’s going on around them.  Some people experience emotions such as uncontrollable crying or excessive happiness without a cause.

When episodes are extreme, they can also bring on suicidal thoughts and symptoms of psychosis. The person may be affected so much that they are unable to distinguish reality from fantasy (Better Health Victoria).

Pretty different to your average “bad mood day”, as you can see.

This is a common misconception – and in fact some people with mania do tend to feel euphoric, get lots done, and have endless energy. Sound fun? It’s not really.

Many people are actually frightened when they go into mania and feel like they are out of control. People can be reckless without realising it and can do things that are out of character or very risky.  They can go days without sleep, spend all their savings on a shopping spree or at the casino, abuse alcohol or drugs, engage in risky sexual activity, or make poor decisions.

And as well as these risks, mania can cause people to feel frustrated, angry, or anxious.

While most people aren’t diagnosed until their teens or later, it’s possible for children of any age to have bipolar (Mayo Clinic).

Bipolar can be hard to diagnose in children, as kids all have rough patches and times when they feel down, irritated, rebellious, angry, or hyperactive, and this is just a part of growing up. Also ADHD, anxiety, and depression can cause bipolar symptoms, which also makes diagnosis more difficult (Mayo Clinic).

But if you notice serious mood swings, depression, or ongoing behaviour problems in your child, consult a health provider who specialises in working with kids.

Myth #4: You can get bipolar by drinking and taking drugs

The exact cause of bipolar is unknown and experts believe several factors are at play, but not drugs or alcohol.

That said, while drugs and alcohol don’t cause bipolar they can certainly trigger episodes. People with bipolar often also use drinking and drugs to self-medicate (even without realising), but this can actually worsen the highs and lows and prolong episodes.

So what does cause bipolar? Biological differences may play a role – that is, people with bipolar appear to have physical changes in their brains, and also imbalances in brain chemicals called neurotransmitters may be a factor.  Finally there’s genetics, with bipolar being more common in those who have a parent or sibling with the condition.

And remember, although drugs and alcohol can’t cause bipolar, there is evidence that substance abuse can increase the risk of other mental illnesses such as schizophrenia, and of course can also have other health risks.

Myth #5: Medication is the only answer

While bipolar does often respond to medication, that’s not the only treatment  – psychological therapies such as CBT (Cognitive Behavioural Therapy) have also been proven to help treat and control the symptoms.

At the end of the day, bipolar is different for everyone, and finding the right treatment is a personal journey.