We’ve gathered some of the lesser known facts about Stephen’s life, to give you a different insight into this amazing man. 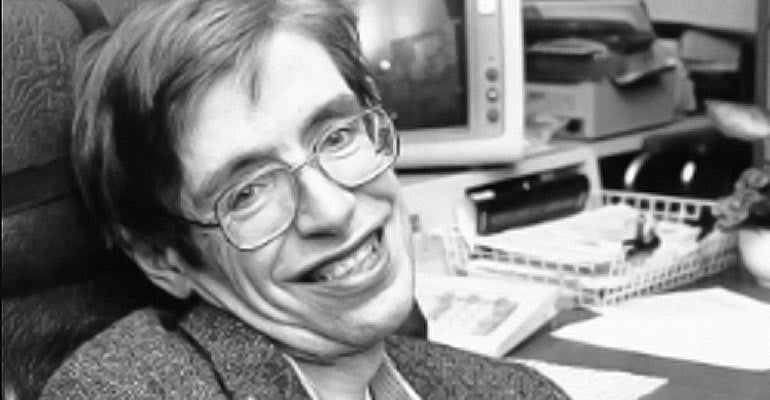 While world-renowned physicist, cosmologist and author, Stephen Hawking’s academic achievements were outstanding, there’s another remarkable side to Stephen’s story: his determination.

We’ve gathered some of the lesser known facts about Stephen’s life, to give you a different insight into this fascinating man.

#1. He was a pretty average student at Primary school

Stephen might be considered a genius today, but back in his early school days, he certainly wasn’t top of his class! He was eight before he learnt to read – and at nine, and his grades were among the worst in his class!

However, he was always inquisitive, and his friends and teachers saw his potential early on and gave him the nickname, ‘Einstein’.

Towards the end of high school, Stephen started showing an interest in science and quickly developed an astounding grasp of time and space.

Now more studious, he set his heart on going to Oxford University but his parents couldn’t afford the fees. Fortunately he passed the entrance exam with flying colours, scoring an almost perfect score in physics and winning a scholarship.

Later, Stephen dubbed his first two years of Oxford the most boring of his life, saying he found it ridiculously easy. 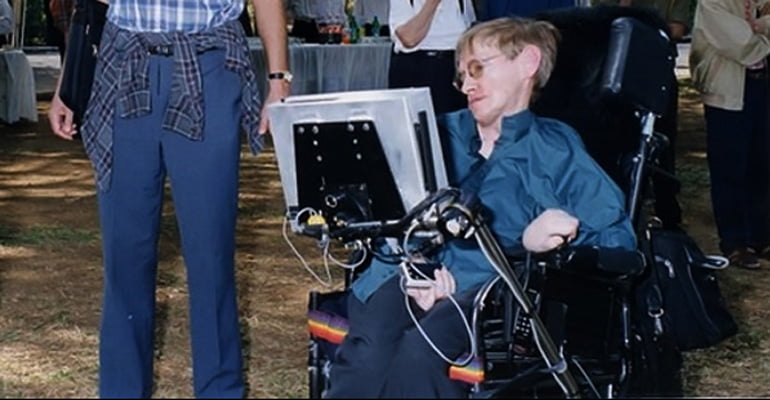 When Stephen came home from graduate school for Christmas at age 21, his family noticed he was often tripping over and was generally clumsier than usual.

He was taken to a doctor, where they ran tests for over two weeks, and eventually diagnosed him with amyotrophic lateral sclerosis (ALS), also known as motor neurone disease. ALS is a neurological condition that causes people to gradually lose control of their voluntary muscles.

At just 21, shockingly, doctors told Stephen he only had two years to live. But while Stephen soon had difficulty walking and his speech became almost incomprehensible, his disease progressed more slowly than the doctors had predicted.

Despite ALS usually being fatal after three years, Stephen managed to prove the doctor’s diagnosis wrong – and passed away at the age of 76.

#3. There’s a story behind Stephen losing his speech 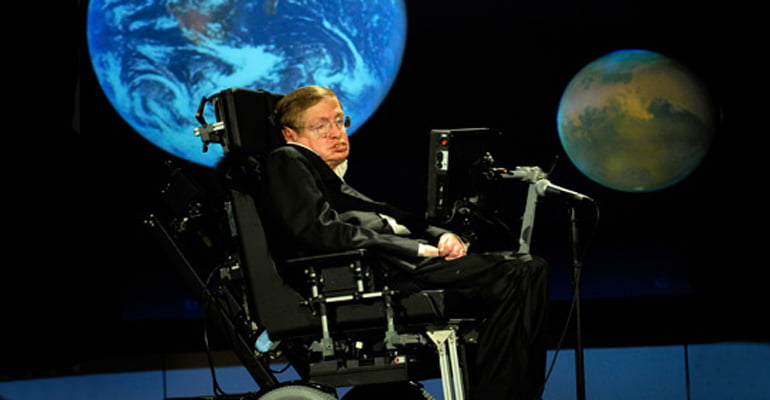 By the time Stephen was in his thirties, his speech had deteriorated so much that only his family and best friends could understand him.

Then at 43, he contracted pneumonia and the prognosis looked so bad, Stephen’s doctors asked his wife if they should turn off his life support.

Although she refused, Stephen’s doctors did need to carry out a tracheotomy to allow him to breathe. This involved cutting an incision into the windpipe, meaning the little speech he had left would be lost.

#4. He favoured the American accent 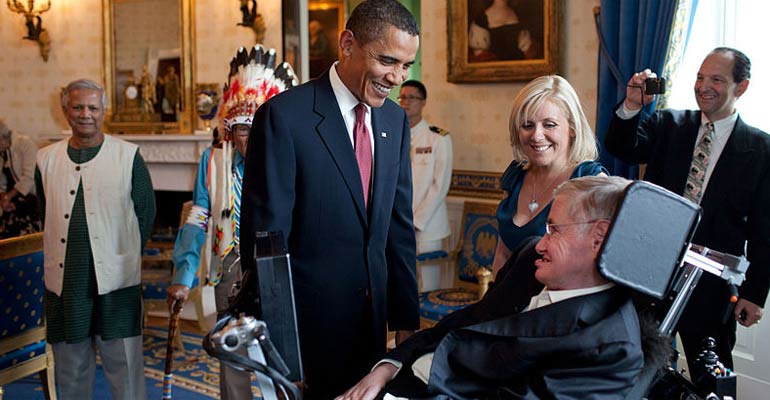 Follow the op, Stephen was no longer able to speak and had to raise his eyebrows to communicate different words – that was, until he came across his now famous device called the ‘Equalizer’.

This device allowed Stephen to press a switch to select phrases, words or letters, and with its help, Stephen could communicate up to 15 words a minute.

The only slight drawback was the fact that the Equalizer only had one accent: American (and Stephen was very much British). Funnily enough, the accent grew on Stephen, and when the machine was later updated to include other accent options, he chose to stick with his US one, saying “I keep it because I have not heard a voice I like better.”

Gradually, Stephen lost the use of his hands but (being ever-determined!), he started operating the voice synthesizer with movements of his cheek at a rate of about 1 word per minute, and later in life he used word prediction software (similar to a smartphone) to communicate.

#5. Stephen was a man of many talents

It’s not common for scientists to star on sitcoms but Stephen did – making guest appearances on The Simpsons, Star Trek, and The Big Bang Theory. Not one to do things in halves, he didn’t end his acting career there, also appearing in the science show, A Brief History of Time, as well as biographical films about his life.

Stephen’s creative skills weren’t limited to acting, either. In 2007, he also published a children’s book in collaboration with his daughter, Lucy. The book, George’s Secret Key to the Universe, explains pretty heavy concepts like black holes in kids’ terms and was received so well, they followed it up with four sequels.

Thanks to Richard Branson, in 2007 when Stephen was 65 years old, he got to take the trip of a lifetime: heading off to experience zero-gravity. While floating in space, Stephen ditched his chair and even managed to do backflips!

Of course, this being Stephen, he wanted more – and publically declared his ultimate goal: to travel into space.

Hearing this, Richard Branson has since offered Stephen a ride on the Virgin Galactic space flights – a winged spacecraft specifically designed to carry ‘space tourists’. While the ships don’t go into orbit – all passengers, including Stephen, would officially be granted official astronaut status once reaching space!